I took time out to showcase the glory of Charles Holden’s legacy of modernism to the London Underground (small wonder it has so many listed structures and interiors). Fortunately, good design lives on into the system’s most recent developments. 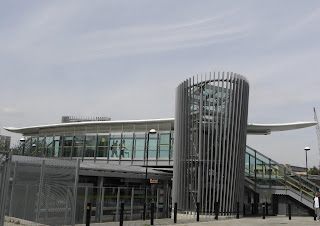 The Docklands Light Railway (DLR) isn’t part of the main network, but is part of moving London’s commuters and visitors. After some identikit new buildings have come more interesting recent ones. This is Langdon Park station. 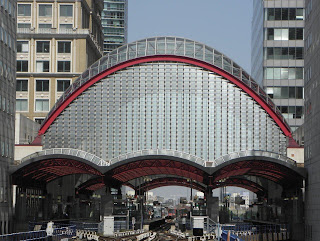 And here’s the canopy over DLR’s Canary Wharf station, an integral part of the New Land Of Money out there in the east. 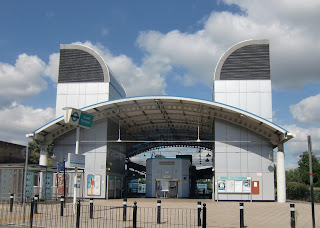 When Island Gardens station was moved underground, this simple but distinctive building was created. 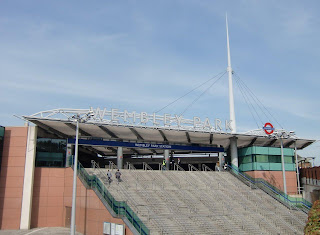 Station rebuilding has brought opportunities elsewhere on the Underground, as the vast steps at Wembley Park show. Enough to handle, oh I dunno, a football crowd. The canopy is impressive too. 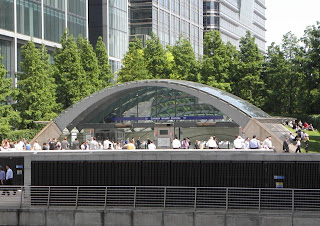 But the greatest recent opportunity for new architecture has been the extension of the Jubilee Line. This is the “thumbnail” entrance to Canary Wharf station. 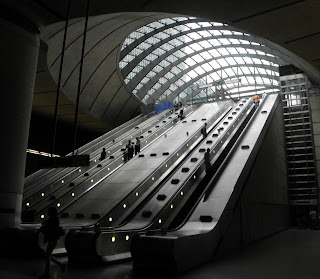 And this is the view up the main escalator bank inside Canary Wharf station, showing that digging out a lot of earth and leaving a large empty box gives blokes like Norman Foster endless possibilities to bring out the Wow factor. 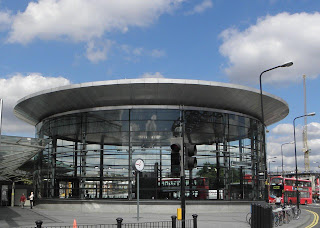 Another Jubilee Line gem is the Canada Water “drum” by Buro Happold, recalling the Holden building at Arnos Grove. 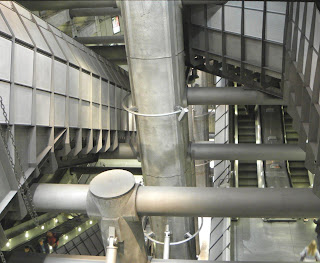 The internals of Westminster station, with its support work for buildings like Portcullis House, are a draw in their own right. 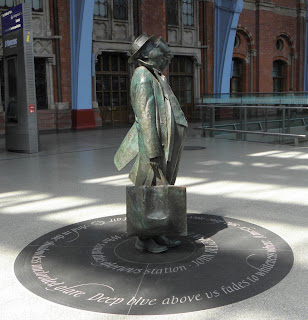 What would dear John Betjeman have made of it all? I’d like to hope he would have rather liked it. The end.
Posted by Tim Fenton at 18:36

This article makes me realize that only a 150-year-old monster like the London Underground can have such a diverse array of architectural styles (from 1863 to the present).