Osborne And A Bend In HS2

As the dust settles following the publication of preferred routes for the extension of the HS2 “Y Network” to the East Midlands, Yorkshire and the North West, a seemingly innocuous statement from the leader of Cheshire East Council has been seized on by opponents of the scheme and used to beat the Rt Hon Gideon George Oliver Osborne, heir to the Seventeenth Baronet. 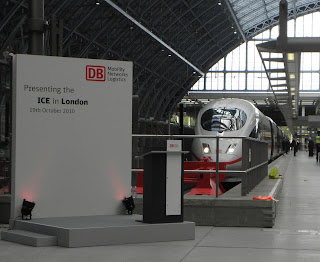 What Michael Jones initially said was this: “Your MPs George Osborne, Edward Timpson and I, have fought hard to keep the line away from Knutsford and Tatton, which we have been successful in achieving. Throughout the process we raised concerns about the line of route and raised the profile for a commonsense solution, which I believe we have achieved”. It was later corrected.

In fact, the route does not avoid the Tatton constituency – that would have been a very big ask – and actually bisects it rather neatly, avoiding Northwich to the west and Knutsford to the east. But earlier rumours that it would go a lot nearer to Macclesfield have fuelled the outcry at Osborne supposedly having it moved west, to avoid solidly Tory Prestbury, Wilmslow and Alderley Edge.

There is a straightforward problem with trying to stand this one up: had the preferred route gone closer to Macclesfield, there would have been more tunnelling – the area is hillier than the terrain of the proposed HS2 course – plus a lot more flattening of houses. Added to that, there would still have been the problem of adding a spur to access the West Coast Main Line (WCML) north towards Preston.

Moreover, using existing motorway alignments, as the route as proposed will do in passing Manchester Airport, is a non starter with the M6 through south Cheshire, as one look at the map will show (the curvature around Keele would rule out high speed running). Following an almost straight part of the existing WCML with a tunnel under Crewe station is a far easier solution.

So yes, there is a bend in the route as it heads east to follow the M56, but that is because the Manchester line is a branch off the main HS2, ultimately headed for Scotland. There is a compromise to be had: one of the two would have suffered a distance penalty, and therefore the idea that Osborne has been responsible for a £600 million cost increase is fallacious.

Michael Jones could certainly have chosen his words more carefully, but the ruckus being generated is unjustified. The HS2 preferred route provides access to Manchester and to the northern WCML while causing less disruption than a route further east would have done (and, of course, gives Crewe an access point for the new line that will help the local economy).

Osborne may be a lousy Chancellor, but that doesn’t justify this lame story.
Posted by Tim Fenton at 13:04

I'd have thought a more obvious reason for routing the line through Crewe is so that you can maximise the benefits for Liverpool by allowing Liverpool-bound trains to join HS2 at Crewe instead of Lichfield.

Considering that the anti-HS2 groups have been banging on endlessly about Liverpoool losing out to Manchester (and, indeed, this is the route that Liverpool City Council were pushing very hard for), this does sound a little hypocritical. Especially considering that Penny Gaines is still flatly refusing to acknowledge that planned HS2 services to Liverpool even exist.

If there any mileage in re-writing Chas and Dave's classic "Ain't No Pleasing You"?

The link to the existing network south of Crewe also allows HS2 services to Chester. Electrification should have reached at least that point and hopefully along the North Wales coast by the time HS2 is opened.