Helicopter Crash – What We Know

Let’s forget the speculation: it’s got nothing to do with MI6, almost certainly nothing to do with terrorism, and very little to do with crowded skies – apart from the rules that force some aircraft to take the route they do. The crash of an Augusta 109 helicopter into a tower crane in London’s Vauxhall district this morning was most likely an accident. 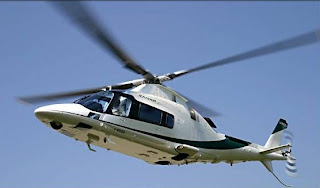 The AW109 is a twin engine machine, so if I’m reading the CAA rules for helicopter overflight correctly, it did not have to follow the River Thames through the capital. Nor should the pilot have been using purely visual reference in the conditions, as there had been early morning fog and visibility was poor. There had been some disruption to traffic at London City Airport. 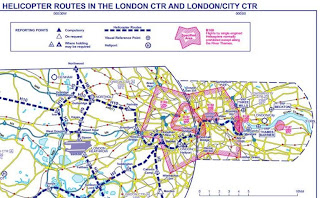 Decoding that for you, the crane (being used as part of the construction of the St George’s Wharf Tower) was 770 feet AMSL (Above Mean Sea Level), and AMSL is the indication that the aircraft’s altimeter should have been giving. So whoever was at the controls should have known not to descend to within 500 feet of that height, that being the rule – 500 feet from persons or structures.

But here another factor enters: close by is the London Heliport at Battersea (the CAA map shows it clearly). Witness reports suggest that the helicopter was coming from the south-east, and this would tie in with a twin-engined machine descending to land at that heliport. What is not explained, however, is why it had descended so low, given the presence of a known high structure.

The most likely explanation is that this was a flight that had been done many times before, although not in such poor visibility, and that the pilot failed to keep watch on the helicopter’s instruments sufficiently, also becoming disoriented by the foggy conditions. The assurance of it being another routine flight.

No doubt the AAIB will give us the full picture, together with recommendations to avoid a recurrence, with its usual thoroughness. Meanwhile, don’t worry about getting aboard a plane today – or any other day. It’s a very safe, and safety conscious, travel mode.
Posted by Tim Fenton at 10:49

It's a VFR route, actually - we have two impact sites, one for the helicopter and one for the end of the crane jib (it appears to have been hit a few metres from the end, and photographs from just before the crash show it as unlit and vertical). The only approach route that fits both impact sites is slightly west of south, i.e. along the river heading towards the building. The jib is to the west of this path, the helicopter to the east, having presumably swung about 20 degrees after impact. It's unlikely that an impact from the south east would have led to the crane jib end falling in a slightly west of south direction, it would have gone NW, probably into the river.

Now, the river bends to the west there, so if you, say, are VFR and enter low cloud just before the bend, or start chasing the cloudbase down to stay visual and fail you may miss the turn and are now in a cloud stuffed with cranes trying to transition to IFR and work out how high you can go without hitting an inbound airliner* with very little time or space to maneouvre. You're rapidly running out of unaligned holes in your Swiss cheese.