The right-wing group rantfest and beacon of shining serial dishonesty otherwise known as The Commentator yesterday latched on to observations by Lib Dem MP David Ward about the Holocaust and the current impasse between the state of Israel and the Palestinians. Ward’s remarks were immediately held to be anti-Semitic, and from there, the rest of the right went in with both feet. 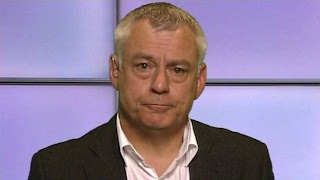 Now, I’m not going to defend Ward, because he was clearly out of order and should have held his hand up and said so. What happens to him is for the Lib Dems to sort out in the short term, and if boundary changes come to pass, for the voters to kick him out come the next General Election (Bradford East would be carved up in such a way as to make Ward’s chances of re-election virtually zero).

But back with The Commentator, it was not sufficient for only their readership to know of the story: Robin “Mr Happy” Shepherd and his motley crew know full well that, left at that, very few would find out and even less would care. So their connection with the perpetually thirsty Paul Staines at the Guido Fawkes blog was duly leveraged, and so the story spread.

This, too, was not on its own sufficient, and so the loathsome Toby Young, recently dismissed from the Sunday Sun to the relief of right-thinking people who wished it had happened earlier, piled in at the bear pit that is Telegraph Blogs. To be on the safe side, Tobes asserted that this was only to be expected from the “liberal left”, that mythical construct of the paranoid right.

And so the serious players in the press sat up and took notice, with the Daily Mail – always on the lookout for a Lib Dem to kick – also weighing in and telling that Ward could be kicked out of the party (this is, of course, preparing the way for the Dacre attack doggies to administer a good savaging of Corporal Clegg for alleged weakness should he not have Ward expelled).

But The Commentator is itself no stranger to anti-Semitic smears, as witness a post from last November by Jonathan Bracey-Gibbon on the Leveson report, titled “Dr Death: Leveson hastens decline of printed press?” which uses a Holocaust nickname – that of Aribert Heim, an SS doctor at the Mauthausen concentration camp – to attack someone who is Jewish.

After publication of that piece, though, there was no weighing in from The Great Guido, no murmur from the mainstream press, and none of the condemnation visited on David Ward. So it’s OK for the right-wing to indulge in a little casual anti-Semitism, but if anyone else opens mouth and inserts foot, they get it in the neck from the same people.

The Commentator: just another bunch of stinking hypocrites.
Posted by Tim Fenton at 12:08

I don't see anything in Ward's comments that are objectionable, indeed I've seen similar comments from liberal Jews.
After 1945 we were sympathetic to the plight of European Jewry, but now Israel is full of incomers who were never affected by the Nazis, and have indeed taken some of there attitudes regarding their neighbours

Ward's apparent inability to differentiate between the state of Israel and "The Jews" does not help his cause. That is at the very least unfortunate, if not objectionable.

didnt think these remarks were too bad, but now see your point about the difference between the state of israel and "the jews". thanks. understand it a little better now!

What is the justification of the siting of the State of Israel & the reason why it was ok to displace the Palestinian population - the ones in occupation in the early C20. Whose Promised Land?

That's outside the scope of this post and in any case I support the right of the state of Israel to exist. I just want it to coexist peaceably with its neighbours.

I don't see anything in Ward's comments that are objectionable, indeed I've seen similar comments from liberal Jews.

Riiiight. I'm sure you or the author wouldn't be up in arms if a right-wing politician made sure to mention Black crime rates on MLK day.

What Ward said obviously wasn't very well put, but he's not anti-semitic and anyone who says otherwise is scum. He's a decent man trying to improve people's lives. His critics are bad men trying to oppress Palestinians.