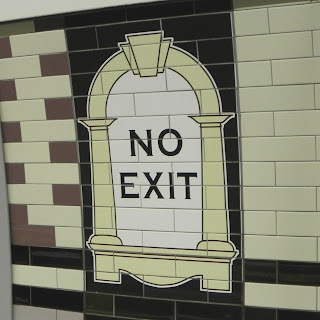 Tiled signs and murals have been used on the Underground for over a century. Some you will have noticed, but others maybe not. 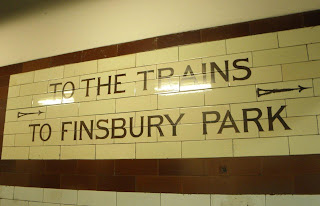 The Piccadilly Line at first ran from Hammersmith to Finsbury Park, as this sign at Hyde Park Corner (it’s in the cross passage opposite where the lift shaft used to be) suggests. So what could one get up to at the latter terminus? 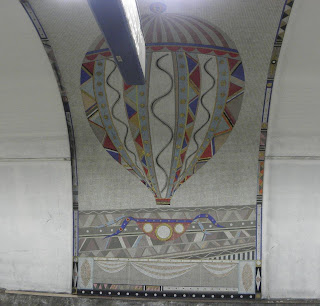 Finsbury Park back then was known for ballooning, hence this mural on the northbound Piccadilly Line platform there. 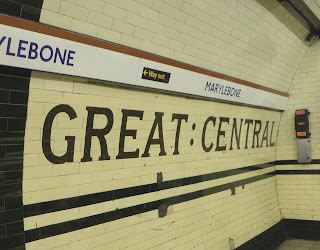 Some stations have changed identities over the years: Marylebone was known for a while as Great Central, after the company which built the main line station. 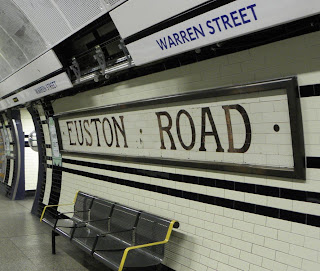 And Warren Street was initially called Euston Road, but then the potential for confusion with Euston and Euston Square was probably too much. 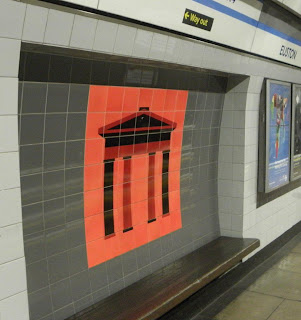 The Victoria Line brought station-specific murals: that for Euston featured the long-vanished Arch, but it had been demolished when the line opened in 1968. 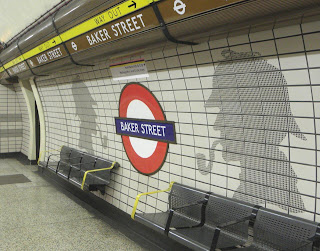 Baker Street’s platforms celebrate its association with the occupant of Number 221B. 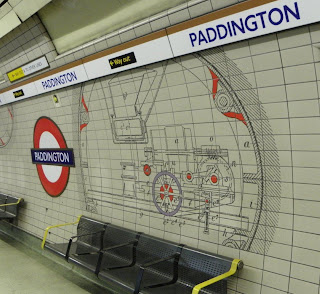 And Paddington, presumably because of the Brunel connection, includes this engineering drawing mural. 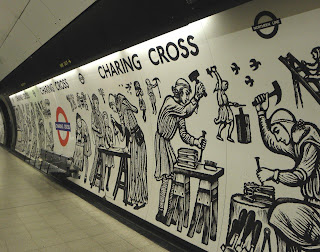 Not strictly tiled, but still distinctive, is the display at Charing Cross (itself formerly called Strand or Trafalgar Square, depending on which line we’re talking). 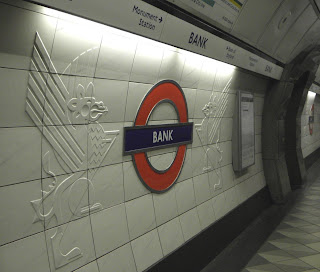 And a recent tiled mural at Bank shows the Roundel flanked by griffins. 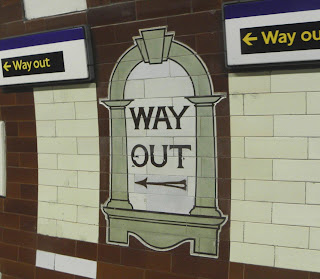 That’s enough tiles – next will come the modern architecture of the system.
Posted by Tim Fenton at 18:31

"Not strictly tiled, but still distinctive, is the display at Charing Cross (itself formally called Strand or Trafalgar Square, depending on which line we’re talking)."
"formally" or "formerly"?

Duly corrected. Good to see you got that far down the post.