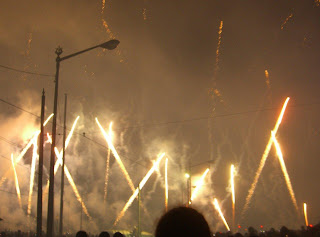 Politics: the Coalition will come under increasing strain, as the Tory right, believing its own propaganda, seeks to shift the agenda away from the centre. Mil The Younger and his team will continue to play the longer game and steadily build their own position while letting the Tories gradually implode. The real interest will be whether Corporal Clegg and his motley platoon can decouple themselves from Young Dave’s increasingly fractious rabble without suffering terminal damage. And UKIP will continue not to win a seat at Westminster.

Press And Media: the fallout from Leveson will mean that Something Will Be Done about the tendency of the Fourth Estate to misbehave. A properly independent press regulator will be created, whether proprietors and editors want it or not. But the potentially most significant event will be at Associated Newspapers, where push will come to shove over the retirement of Paul Dacre. The Vagina Monologue will celebrate his 20 years since taking over from David English, and his subsequent move upstairs will precipitate a major clearout of several overpaid and talentless dinosaur pundits. Expect McKay, Glover and Kay to be sent down the road, with Jan Moir and Liz Jones in pursuit. Even Littlejohn may get the chop (get the beer in for that one, folks). Tony Gallagher is favourite to succeed Dacre.

USA: the GOP will continue to remain in denial about its drubbing in the Presidential Election, as will Fox News Channel (fair and balanced my arse). CNN will remain third in cable news ratings, and the most trusted newscaster will still be fronting a show on Comedy Central.

Climate: the ranting and abuse from the denial lobby will continue, but their increasingly abusive attitude means less people will take any notice.

Blogosphere: here, too, the ranting will fail to pay off as those out on the right will continue to lose ground. Breaking stories by actually doing some investigation will be key to blogs gaining credibility, which means The Great Guido won’t be gaining any.

Astroturf: the so-called Taxpayers’ Alliance will finally run out of credibility, meaning that its dubiously talented array of non-job holders will have to get proper jobs.

And finally: the change at the top of Associated Newspapers means this could be the best chance for decades to have a grown up debate about drugs. This alone could be a chance to reduce crime, claw back an industry from the hands of organised criminality, and end misery and dependence for tens of thousands. But don’t bet on it.
Posted by Tim Fenton at 11:00