No-one left their mark quite so emphatically on London’s Underground than Charles Holden, responsible for much of the modernist architecture that accompanied the expansion of the network from the 1920s to the immediate post-war years. Station buildings, interiors, signage: the total design approach can be seen across London today. This post looks at the stations. 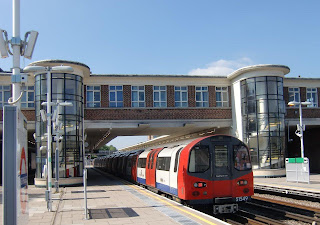 The glazed stairwells at East Finchley are unique: this was part of a rebuilding that would have formed part of the Northern Heights project, but the coming of the green belt and a postwar rethink meant the scheme was scrapped. 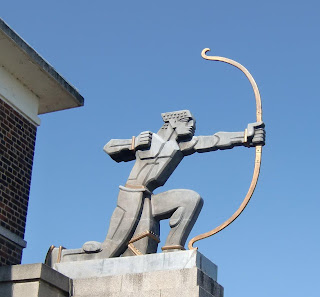 Part of the East Finchley detail is the archer statue by Eric Aumonier: the figure is looking south, towards the Morden terminus of the Northern Line. 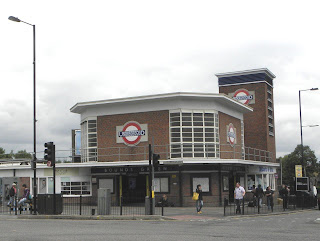 Holden’s stations for the Piccadilly Line extension from Finsbury Park to Cockfosters brought some impressive creations: this lozenge-shaped ground level building is at Bounds Green. 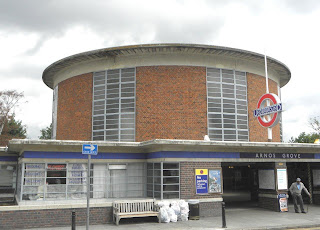 Further up the line is an equally impressive drum shaped head house at Arnos Grove (a modern variation is at Canada Water on the Jubilee Line extension). 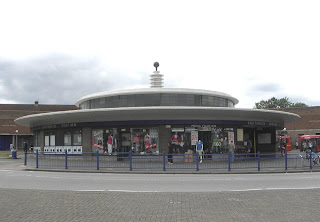 And the building at Southgate, with what looks like an unsupported centre topped off with a detail in the style of a Tesla coil, still has an other-worldly quality. 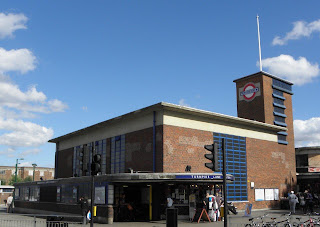 This large rectangular head house at Turnpike Lane disguises the fact that the concourse is below street level: at the time of opening, there were subways connecting that area to nearby tram stop “islands”. When the tram routes were abandoned, they were replaced by trolleybuses. Some of the subways have since been closed and sealed off. 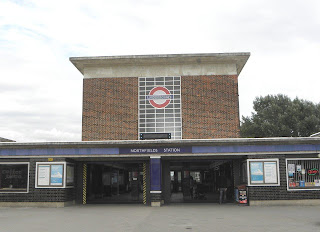 Elsewhere, typical of the low building with high rectangular central tower is that at Northfields: these structures and their interiors have been easily adapted to the modern regime of automatic barriers, while still providing more than adequate circulating space. 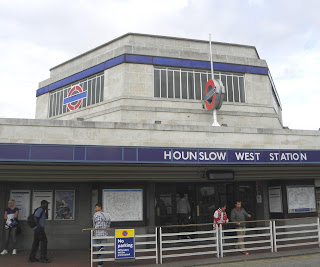 Another Holden style variation is the heptagonal main structure, as here at Hounslow West (Ealing Common is similar). This replaced an earlier building, as did that at Northfields.

I’ll return to Holden’s legacy later, looking at interiors and signage.
Posted by Tim Fenton at 13:36