Gilligan Gets More Real About Buses

Still cheering for his beloved Bozza, Maily Telegraph “London Editor” Andrew Gilligan is talking up the introduction of the so-called “New Bus For London” next Monday, although realisation is starting to dawn that this is not quite the magic transportation bullet that he might have hoped for. And Londoners will have little difficulty seeing through the spin. 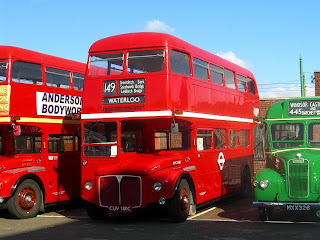 What you will not see on the 38

“From Monday, for the first time in years on a proper route, Londoners can hop on a bus again” he gurgles enthusiastically, having forgotten the 9 and 15 where punters can still travel on a genuine Routemaster. But he’s been for a ride on the new bus, and it’s “great”, it has an “electric hum”, the ride is “smooth”, it has a “classic dark-red interior”, and it has a conductor.

And there the realisation dawns on Gilligan that things are not quite as wonderful as he has been claiming: the second crew member is not a conductor as we would remember from days gone by. These people will not collect fares, or even ensure Oyster users touch in. That’s what makes them cheaper to employ. So, as I’ve said before, there will still be fare evasion.

But Gilligan puts this shortcoming – along with the lack of said conductor after 1900 hours – down to Transport for London (TfL) and its “sneaky bureaucracy”. Yes, if only brave Bozza would sort them out, everything would be yet more wonderful and the BozzaMaster would no longer be little more than an expensive vanity project that council tax payers could do without (like the ftr in York).

What Gilligan appears not to get is that it is Bozza that got TfL where they are right now, with a few non-standard vanity buses (over £11 million for just eight of them) and a bill for running them that will be higher than for bendy buses, double deckers, hybrids, fuel cell buses, or indeed any other kind of modern bus. Bozza is not the solution – he’s the problem.

And if anyone is in any doubt about the “New Bus For London” being in the same league as the Routemaster, consider a few of those inconvenient facts:

But Gilligan says that the BozzaMaster is “thrillingly evocative of an age when form and function mattered in the public sector”, so that’s all right, then.