Over at the bear pit that is Maily Telegraph blogland, there is eager anticipation that the collapse of the EU, or the Euro, or something European, is going to happen any day now, despite all the previous predictions of Eurogeddon having been shown to be spectacularly wrong. And head of personal finance Ian Cowie is the latest hack to volunteer to spray his credibility up the wall to support this cause.

“Greek Euros: how to spot them” is the title (Euro is spelled with a small “e” by Cowie, in accordance with the Telegraph’s wish to belittle the single currency), and readers are told how these may be less valuable than those from other countries. Sadly, this is complete garbage: a Euro is a Euro is a Euro, wherever and whenever it was issued. 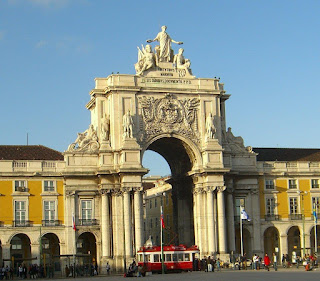 A Euro is a Euro, whether issued in Lisbon ...

Moreover, Cowie admits as much as he tells “All Euros are backed by the European Central Bank”. So what’s his problem? Ah well. He tries to suggest that notes issued by central banks in certain countries are more reliable than others. But how? There is no discrimination at the supermarket till between those coming out of Vienna, Amsterdam, Paris, Madrid, Lisbon, Rome, Brussels or Frankfurt.

Cowie’s talk of certain coins being worth more than others also fails to ring true. I can’t be absolutely certain, but coins with Greek script on the number side look very much like commemorative issues: almost all Euro coinage uses Latin script, and the only difference is on the other side of the coin. Spanish 1 Euro coins, for instance, bear the head of Juan Carlos. 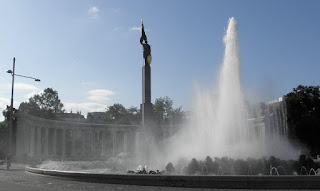 But Cowie points up an alleged tendency for Germans to look unfavourably on Euro banknotes issued elsewhere: his citation, sadly, is another Telegraph article, from 2008. I somehow missed this scanning of Italian notes when I was in Berlin later than year. Likewise, neither Italian nor Portuguese issue notes were a problem in Munich two years later. It’s just scaremongering guff.

And a closer look shows that Cowie is actually recycling a post from July 2010: much of the content is common to the two, except that the older piece also talks of UK £20 notes and has some nice pictures of Euro ones. The potential fallout from the Greek bailout talks must have tripped some kind of editorial trigger at the Telegraph which demands instant knocking copy.

Other plausible explanations would be welcome, but this looks once more like agenda driven hackery to order, rather than the output of a supposed paper of record. As I’ve said before, if I had a tenner for every time someone at the Telegraph published an EU horror story, I’d be filthy rich by now (which, sadly, I am not). Perhaps this is what the target demographic demands.

But as half decent journalism, it doesn’t cut it. Must try harder.

You do spell euro lowercase, unless you mentioning it is a joke I don't get?