Hands off the man, the flim flam man.
His mind is up his sleeve and his talk is make believe.
Oh lord, the man's a fraud, he’s a flim flam man
- Flim Flam Man, Laura Nyro 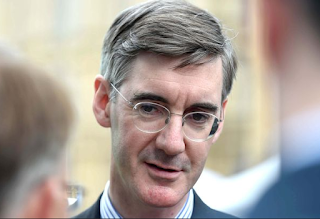 Jacob Rees Mogg, the honourable member for times long past, appeared before the inquisition of the host on The Andy Marr Show (tm) this morning, and duly pontificated about the exit of the UK from the EU. The exchanges showed just why he is so woefully overrated, and is, whisper it quietly, just another flim flam man.

Take, for instance, the suggestion that payment of the so-called “Brexit bill”, currently estimated at over £40 billion, is conditional on other UK ambitions being fulfilled. “We are paying a very large amount of money, 40 billion pounds, and in return we want a trade deal. Everything else is essentially incidental to that. The 40 billion pounds is of great importance to the EU because after March next year it still has 21 months of the multi-annum financial framework, and it expects that to be funded by the UK” he claimed.

This is bunk. The £40 billion is the UK’s contribution to future EU budgets which have already been agreed - partly by the UK. A trade deal is not something we automatically get in return. So when Rees Mogg asserts that “we should reiterate that and say quite clearly that if we don’t the trade deal we want you don’t get the money … that’s a very strong negotiating position”, it is no negotiating position at all.

Likewise his claims about Galileo: “the issues you mentioned, Galileo and so on, the European Union thinks it’s in a position of negotiating strength. Without our money it faces a real crisis next March when it’s facing problems from other countries too. If I were the EU I might be a little bit more worried about what’s going on in Italy than whether the UK can remain a full member of Galileo”. Wrong once again. 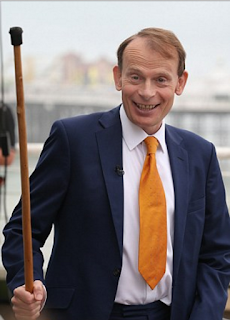 The entire cost of Galileo is estimated at around €22 billion. It is already operational. The UK would have to start from scratch to produce its own alternative, probably at much greater cost, and with estimates for lack of customs union deal, lost growth and relocation and resupply costs weighing in at £20 billion, £25 billion and £27 billion respectively. If we want to remain a full member of Galileo, we have to pay the €2 billion, or whatever.

Added to Rees Mogg’s cluelessness on the EU is his inability to disguise his ambition to lead his party. Would he challenge Theresa May for the Tory leadership, asked Marr. “Of course I wouldn’t challenge Theresa May, that’s a ridiculous idea … The Prime Minister has my full support to remain as leader of the party.” So if someone else pushed her, or caused her to be pushed, he’d have his top hat in the ring pronto.

Jacob Rees Mogg affects a detached and patrician air. Some are fooled into thinking he is a mere dilettante, not interested in climbing the greasy pole. They are wrong. He is worryingly ambitious, while being dangerously misinformed. That’s not good enough.

He's ambitious, horrifically ignorant and nowhere near as intelligent as he seems to think he is.

If the tories ever make the likes of Rees Mogg their leader they'll fully deserve the electoral hiding they'll get.

The man's politics have an aura of mothballs, and if they had a sound they'd sound like him.

Rees-Mogg is what you get when you mix British deference with fake eccentricity. Like de-Waffle Johnson, he has a LOT of people fooled.

Ol Boy Jacob's idea that we won't need a hard border with the ROI if only we work towards one.
Sorry to disappoint the Prime Minister for the 18th Century it ain't going to fly.