The Government is ending the franchise to operate inter-city services on the East Coast main line early, something that had been coming for months. Incumbent operator Virgin Trains East Coast (VTEC), in fact 90% owned by Stagecoach Group, had been running the service at a loss after getting its sums wrong when bidding for the contract. But those reporting on the news have missed some more important points. 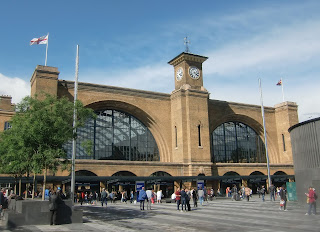 One, the claim, as I said at the time, that VTEC had been “let off” having to pay around £2 billion in premium payments was bunk. The large payments to the Exchequer in the final years of the franchise were conditional on infrastructure improvement which Government-owned Network Rail will not be delivering in time, if at all. So the talk of “bailouts” was rubbish. The Government could not keep its side of the bargain.

Two, something many of those rejoicing at what they see as Richard Branson slinking off in disgrace have not noticed, the new operation will be costing the public more than VTEC. How can that be? Well, VTEC was being run at a loss, but the losses were being absorbed by Stagecoach Group and Virgin Group. Now, either those losses will have to be absorbed by the taxpayer - or the operation will contribute less to the Exchequer.

Either way, this seemingly miraculous change is anything but. And, being distracted by the change in operator out of King’s Cross means losing sight of Three, a far more important slice of rail related news to emerge today, because it affects the whole of the national network. That news is the effective abandonment of the “Millennials’ Railcard”.

Only, it seems, the i paper has noticed this, asking “The Tories promised 26-30 railcards for all. Where are they?” and telling readers “‘For those who don’t stretch to a private jet, I can announce a new railcard, for those aged 26-30,’ said the Chancellor in November’s Budget, ‘Giving 4.5m more young people a third off their rail fares’”. 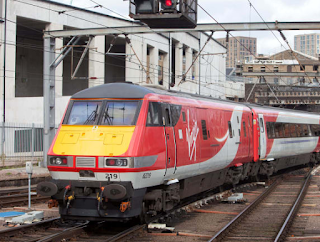 Giving more people an incentive to travel by a more sustainable transport mode, and thereby forming the kinds of travel habits which would last, meaning potentially fewer cars clogging up the roads and lower carbon emissions - it was a win-win idea, a rarity for The Blue Team. But there is a problem with it - it’s not going to happen.

The i is not impressed: “six months on the so-called ‘millennial railcard’ is proving about as elusive to a 28-year-old as luxury air travel. Only 10,000 of the 4.5 million who are meant to be eligible were allowed one on the day of the ‘national’ launch. Little wonder that the website launching them crashed”. And now has come worse news.

The i again: “There is no consensus on how it should be funded … ‘No-one wants to pay for it,’ explains a Treasury source. When it was announced, the government hoped it would be a cost-neutral policy on the premise that extra passengers generate extra revenue. Network Rail aren’t so sure, so it is being slowly trialled – and in the short term the Treasury don’t want to be landed with a bill while everything is worked out”.

So all those Labour figures - hello John McDonnell - laying into Chris Grayling are helping the Tories mask another cabinet split by looking the wrong way.

Millennials once again shafted by the Tories. And they wonder why they vote Labour.