During Chancellor of the Exchequer Philip Hammond’s budget speech yesterday, the hacks and pundits of the Fourth Estate made a miraculous discovery: all those White Van Men and Women who they had championed for so long were not just self-employed, they were being financially disadvantaged by the very Government most of the press had urged them to vote for. So some backside-covering was in order. 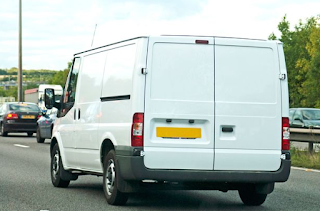 And when it comes to telling readers to “look over there” there are no finer practitioners of the art than the Murdoch goons at the Super Soaraway Currant Bun, who also made the discovery that all those freelancers who work alongside the staffers and also make sure the paper’s IT services spend most of the time without falling over in the proverbial stinking heap are also self-employed. Who’d have thought it?

Hammond’s raising of Class 4 National Insurance contributions by two percentage points might sound a bit dull, but it meant all those in the riskier end of the employment business, who have to fund their own holidays, sick pay and pensions, were going to be taxed at the same rate as those who enjoyed the luxury of permanent employment.

The Sun’s non-bullying political editor Tom Newton Dunn (Marlborough College and Edinburgh), who is not without a bob or two and does not mix with the Hoi Polloi, feigned mock outrage: “Hammo Horror … Philip Hammond faces furious backlash from cabbies, white van men and even his own MPs over £240-a-year tax raid on self-employed as he breaks Tory election pledge in 2017 Budget” frothed the headline.

There was more: “he is hiking the Class 4 National Insurance contributions paid by the self-employed from nine per cent to 11 per cent in April 2019 … The move will hit 2.84million workers, from plumbers, cabbies and delivery drivers to millionaires … But it emerged that 1.6million will be earning less than £43,000 a year”. Shock horror - the Sun’s political editor discovers someone on only a five figure salary!

It got worse: “Mr Hammond targeted sole traders who have become incorporated and pay themselves with dividends … He slashed the tax-free amount they can hand themselves annually from £5,000 to £2,000 a year - an average hike of £320 a year for 2.2million workers … The moves closes down a tax avoidance loophole on TV presenters who pay themselves via service companies”. Oh just f*** off. It hits many of your co-workers too.

The faux outrage was echoed by today’s editorial: “Terrible way to Phil the coffers with White Van Man tax mistake … Increasing the National Insurance contributions of Britain’s army of self-employed strivers is a misguided idea”. But so was the Pasty Tax of 2012.

And what did the Sun do to punish the misguided Chancellor of the Exchequer who dabbled briefly with slapping top rate VAT on hot pasties? What retribution was visited on his party? But you know the answer to that one: the paper backed them to the hilt in the next General Election. And one of the ways they backed the Tories to the hilt was to scare the crap out of their readers by saying Labour would raise National Insurance.

Yes, not only is the Sun shedding crocodile tears for White Van Man, it’s also indulging in its own arse-covering and hypocrisy. Remember - Don’t Buy The Sun.
Posted by Tim Fenton at 12:37

It was great and good Pastor Niemoller who said:

First they came for the Socialists, and I did not speak out—
Because I was not a Socialist.

Then they came for the Jews, and I did not speak out—
Because I was not a Jew.

Then they came for me—and there was no one left to speak for me.

And it was equally great and good pastor Boenhoffer who said:

I stopped arguing with the Nazis when they became too stupid to argue with.

So did "white van man" REALLY believe they wouldn't come for him sooner or later? That he would be left alone to whine about "Owning me own business" while reading the Scum and the Daily Heil? That structured, legalised, contractual servitude would eventually result in he and his family being rogered for every last halfpenny he had (for which worst examples, see Portugal, Ireland, Greece, Spain and "liberated" Eastern Europe)?

The thievery, lies, hypocrisy and warmongering will go on, and worsen, just as long as people allow it to.

The hissing lizard that is Hammond is merely the latest Essex messenger boy.

The S*n hacks don't give a sh!t about "White Van Man", but many a S*n hack is a self employed freelancer these days so.....

Do you wait at your laptop, fingers poised, ready to comment at length on any and every story published on the site?

I don't object at all. I just wish you'd let someone else have the first go. It could be considered quite intimidating to post any response, knowing that you're going to have your forceful say.

It's your right of course, but it's not an obligation.

FWIW, I think the focus of the story (rightly) is the press hypocrisy, rather than a Chancellor making a decision to attempt to close a loophole which some have exploited to avoid tax - and which has been applauded by the IFS and the Resolution Foundation.

Alan,
Stop holding back, say what you really mean :)

Another step towards abolishing NI and turning bemefits into Tory charity.

Alan
Your post contains the word 'lizard'. I'm worried. Remember, Icke was quite a good goalkeeper once.

On past experience, Murdoch follows the money.

When — not if — the adoration of the sainted Theresa fades, the whole Murdoch train will reverse over her. Meanwhile, Dacre (or his ordained successor) will be sniffing audibly.