Election time is coming round again in the City of London; this small but often discerning electorate goes to the polls a week on Thursday. And as I noted two years ago when observing the success of Labour in a by-election there, one ward under the spotlight will be Portsoken, an area near Aldgate that is significantly residential, with many voters not among the best-off in the area. This includes many followers of The Prophet. 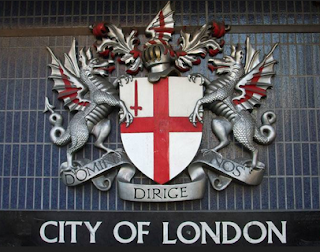 And as in 2014, one of those submitting themselves to the electorate will be John Fletcher, who has his eyes on the prize of establishing a victorious slate of like-minded “independents”. That term is placed in quote marks for good reason: Fletcher, like many who stand for election as councilmen, calls himself an Independent, but in his case he is not: he is a Tory, and on the far right of the Party. 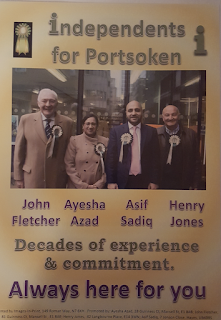 This independence allows Fletcher sufficient leeway to venture off-piste, and he has in the past taken full advantage of this, even donating money to the EDL. He has opined that there are no poor people in the UK, suggested that poor people gambling was the reason for the rise in the number of food banks, and claimed that obesity was linked to both. How this will play with the Muslim vote in Portsoken ward is not known.

Like the attempt by a slate of candidates organised by those in and around the Young Britons’ Foundation in 2013, which resulted in a string of humiliating defeats, Fletcher has put together a slate of candidates for Portsoken, partly to take advantage of the vacancies caused by by-election victor William Goodacre Campbell Taylor, who represented Labour, and Dellis Regis, who was an Independent, standing down this time.

Fletcher has banded together with fellow sitting councilman Henry Jones, and included on his ticket Ayesha Azad and Asif Sadiq, who, one suspects, may not be familiar with Fletcher's stance on the causes of poverty, his suggestion that the NHS is an “antiquated system” which should be “swept away”, that green energy is “daft”, that climate change is something he denies is happening, and that we should “bring on” fracking.

He stands accused of working to push though a deal that would see housing association tenants lose their existing homes. Fletcher also looks down his nose at multiculturalism - yet there he is posing with two BME Britons. It has been put to me that he is only including Sadiq and Ms Azad on the ticket with himself and Jones in order to pick up votes from the BME part of his electorate. It is electoral cynicism at its worst. Strangely, unlike in previous years, neither the BBC, City AM, nor the Evening Standard seems concerned about the elections or their results. So their viewers and readers will not get to hear about Fletcher being pals with André Walker of Tory bullying infamy, nor about his glib statements about poverty being related mainly to smoking, flat screen TVs, and gambling. Perhaps the electorate of Portsoken ward should be thus informed.

[There are two genuinely local candidates standing in Portsoken ward, Jason Pritchard and Munsur Ali. Both are residents of the ward]
Posted by Tim Fenton at 16:34

That's a regular little coven of corruption they've got going there in Mistake-on-Thames. As if we didn't know.

D'you suppose any of them are related in any way to the unfortunately surnamed Charlotte Hogg and her brother in "international banking"? That's the two whose "misdeeds" and "mistakes" will now be quietly brushed under the carpet by their pals in mainstream media.

It's all so, so predictable. The usual spivs and gobshites in the usual place.