The Vindictiveness Of Leon Daniels

While the various aspects of the questionable practices of driver and rider matching service Uber have been examined on this blog, one name has been missing, that of TfL’s head of surface transport Leon Daniels. Daniels came to TfL from transport conglomerate First Group, where those at the bottom of the pile do as they are bloody well told, and woe betide anyone who so much as peeps out of turn. 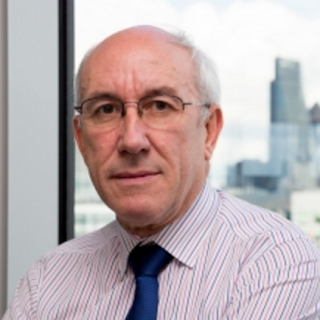 Perhaps he thought this was an acceptable way to proceed in his new job. If he did, he could not have been more wrong. Daniels arrived in 2011. By 2016, it is not over-egging the pudding to say that the overwhelming majority of the taxi trade held him in utter contempt. Uber had apparently been given carte blanche to effectively make up the rules as they went along. And then came a host of other concerns.

London’s buses were experiencing a worryingly high number of accidents. A number of factors was blamed, but the thought entered that some drivers were putting in more hours than was good for them, and that tiredness way playing a part. Then came the Croydon tram derailment, a nailed-on example of an overspeed accident, with suspicion once again falling on tiredness. It was not an isolated incident on that system.

Daniels was ultimately responsible for bus safety, and that of the trams. If any action has been taken recently to prevent drivers taking to the road in a fatigued state, it was kept unusually quiet. Similarly, no action seems to have been taken to prevent another overspeed accident on the Croydon trams, like installing overspeed trips on the approach to sharp curves, as at the approach to Sandilands.

Into this cauldron of mistrust, one evening, stepped a London taxi driver called Sean Stockings. He is a cabbie of many years’ standing, highly respected by his colleagues, and of course one of thousands in the capital to have had to complete The Knowledge before being given his green badge. Stockings “doorstepped” Daniels at an upmarket London restaurant one evening and quizzed him about the safety and Uber questions.

So far, so cheeky, but then came the news that Stockings had been traced and was to be stripped of his green badge. You read that right. He was deemed not to be “fit and proper” to be a cabbie. It was, let us not drive this one around the houses for too long, an act of petty vindictiveness. And it seems Daniels was the driving force behind it. 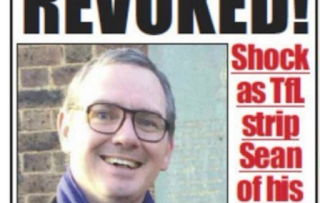 While Uber’s drivers are falling asleep at the wheel, misbehaving with their passengers, breaking traffic laws, clogging up London’s thoroughfares on the off-chance of snaring a decent fare, or perhaps nipping off to Brighton to give the authorities there a regulation headache they could do without, one of London’s cabbies has been picked on by the rich and seemingly unaccountable pour encourager les autres.

Through the good offices of the London Cab Drivers Club (LCDC), Sean Stockings is appealing against this arbitrary removal of his livelihood. But he is not the one who should be being called to account. We need to ask questions of Leon Daniels, who, after all, is being paid out of the public purse. Quite apart from the concerns on safety raised by Sean Stockings - which Daniels chose not to answer - there is the New Bus For London.

When London’s formerly very occasional Mayor Alexander Boris de Pfeffel Johnson was running for re-election in 2012, shamelessly buttering up the taxi trade prior to then washing his hands of them and selling them down the river, the bus that is not a Routemaster existed only as a series of eight prototypes. Only after Bozza was re-elected was it ordered in its hundreds. And Daniels must have been involved.

None of London’s bus operators wanted the NB4L. It had to be imposed on them, hence TfL - exceptionally - having to buy them. It was overweight, too heavy to carry its maximum design load, had zero secondhand value, had no export potential (as was later proved), cost more than an equivalent hybrid bus, and turned out to also be adept at roasting its occupants in warm weather, due to an inadequate air cooling system. 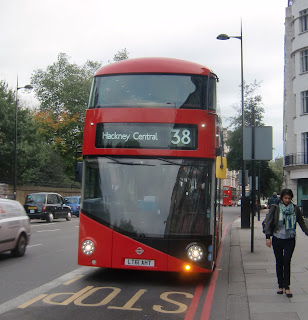 The New Bus for London

Had it been First Group, or indeed any other major bus operator, the NB4L would have been killed stone dead and no more money wasted on it. Yet there was Leon Daniels, sitting and seemingly waving this white elephant through. London now has a thousand of these useless buses. Did he not act? Was there no protest to the Mayor?

It gets worse: the NB4L, like the Garden Bridge, was allegedly subject to a “competition” for the prize of designing it, but just like the bridge that has just been canned, the prize went to Heatherwick. Who had never designed a bus before. One reason a thousand had to be ordered was that only at that point did TfL get access to the intellectual property rights to the design - a moot point, now that nobody else wants it.

The NB4L, the worrying safety record of London’s surface transport, and the vindictive attitude to London’s cabbies - the people who we depend upon to move punters around the capital swiftly and securely - put together pose disturbing questions for Leon Daniels. He is a public servant. He’s not in the private sector now. He should be accountable to London’t taxpayers, as well as AMs and MPs, not remain mute and aloof.

So I look forward to his proposals for reducing the possibility of bus drivers being in a fatigued state and behind the wheel, as well as his proposals for eliminating overspeed accidents on the Croydon tram system. And his involvement in the fiasco that has been the NB4L should be subject to the fullest investigation.

Moreover, how a cab driver is subjected to such brutal and disproportionate action for nothing more than a prank born out of sheer frustration with the disdain TfL appears to hold for the taxi trade will be an interesting one to see.

There will be more on Leon Daniels later. Londoners need answers. And they deserve better.
Posted by Tim Fenton at 17:16

S'all the fault of elf'n'safetee.

Your posts open yet another can of worms, one that I am sure Leon Daniels is in the middle of, counting his cash....I would like to see his income expenditure for the past 6 years....I bet even Al Capones accountant couldnt help him...oh wait...Al Capone....oops, my bad..