Once upon a time, the press’ guru on child court issues was Christopher Booker, who would pontificate on the subject in the Sunday Telegraph, passing adverse comment on the courts, anyone whose views opposed his own, and especially the BBC, who had covered the subject without reference to Himself Personally Now. 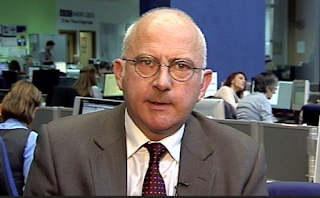 Then, in December 2013, Booker overreached himself over the case of an Italian woman who had been sectioned under the Mental Health Act, with her baby delivered by Caesarian Section and taken into care. Booker made a number of highly creative claims about social services, the hospital concerned, and especially the woman’s backstory. Then the court papers became available, the truth was revealed, and he was bust.

The fate of Christopher Booker may not have been known by the Times’ Andrew Norfolk, but the trashing of a reputation forged by the Rotherham grooming scandal is going the same way. Norfolk brought his readers the story of a five-year-old white Christian girl who had been placed with a foster family who were Muslims.

This duly triggered every rent-a-mouth Tory MP, the far right, and more importantly for the press, the legendarily foul mouthed editor of the Daily Mail. The girl was judged to be suffering a “plight”, she had been “forced” into a Muslim family, and as the local authority concerned was Tower Hamlets, they were immediately judged to be in the wrong.

And then, as with the Booker coverage of the Italian woman, the courts approved the release of an anonymised version of a hearing which took place two days ago. The Times is still protesting its innocence, claiming to be in the right, and as befits a Murdoch title, blaming as much as possible on the BBC. But they are in a minority of one.

Norfolk’s claims about the girl appear to have come from contact with her mother: the single, uncorroborated source approach that did for Booker. The Case Management Order from which I quote can be seen HERE. 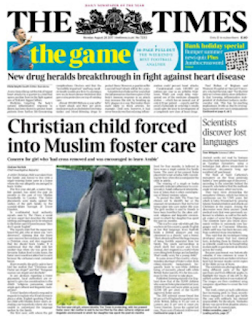 Proceedings began with a warning for Norfolk: “[Tower Hamlets] does not oppose the application by Mr Norfolk on behalf of Times Newspaper[s] to observe today’s proceedings but is clear that any reporting must be responsible, consistent with legal guidelines and  principles but importantly, must not compromise the child’s right to privacy and confidentiality, either directly or otherwise”.

As to why the child was placed with the foster carers concerned, this most revealing snippet explains much, and was not covered by the press: “The child was removed from the mother’s care and placed by social services with foster carers on an emergency basis in March 2017 as a result of the police exercising their powers of protection. There was no culturally matched foster placement available at the time. There was a temporary change of foster carer in the summer to enable the original foster carer to go on holiday”.

So much for the child being “distressed” and “sobbing”. Moreover, “The mother has at no stage applied to the court for a change of foster carer”. I’ll just leave that one there.

As to the maternal grandmother, into whose care the mother wanted her child to be placed, “Documents including the assessment of the maternal grandparents state that they are of a Muslim background but are non practising. The child’s mother says they are of Christian heritage”. The press’ spin on that is eagerly awaited. 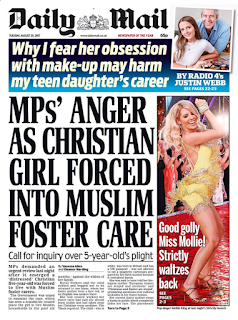 And any claims by Norfolk, the Times, or any other paper to have influenced the court’s judgment are debunked by “On 15.08.17 the local authority proposed a change in its care plan to enable the child to be placed with the maternal grandmother today. All parties are in agreement. The placement will be subject to a written agreement with the grandmother and the mother in order to safeguard the welfare of the child. The court has today approved the new care plan as it considers this to be in the child’s best interests, the welfare of the child being the courts paramount consideration”.

The decision to place the child with the maternal grandmother had already been reached two weeks ago - before the story was first broken by the Times.

Just to make sure this is understood, the Order notes “For the avoidance of doubt, the Court makes it clear that the decision to approve the new care arrangements for the child to live with the grandmother under an interim care order is as a result of the application of the relevant law to the evidence now available to the court and not as a result of any influence arising out of media reports”. Got that, assembled hacks?

The press also gets this warning: “The court expresses its concern that photographs of the child and foster carer have been published in the press … The court has reminded everyone that the general reporting restrictions on reporting public law family cases apply to this case … In order to allow this case to progress expeditiously, the names of the mother’s solicitor, the child’s solicitor, the Child’s Guardian, the currently allocated social workers should not be identified in any publication”.

We also get an insight into the problems faced by the child’s mother: “The  mother’s solicitors are permitted to file and serve segmented hair strand and liver function test results, in respect of alcohol, covering the last six months to the date of testing, by 4pm on 08.09.17 … The Commissioner for the Metropolitan Police shall by 4pm on 08.09.17  disclose to the local authority all papers relating to the criminal proceedings in respect  of mother, and to include any notes of sentence and pre-sentence reports”

So it is now clear why the Police might have exercised their powers of protection, and why there might not have been time to place the child with foster parents whose cultural background matched that of the mother. It is also clear that any journalist using the mother as his or her source might have been expected to exercise considerable caution. 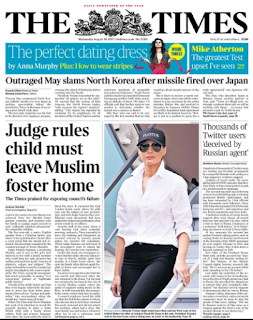 “The maternal grandmother shall file and serve a statement responding to the final statement of the Mother, addressing the role she has played in the child’s life, any application that she has made to any court in respect of the child in the past and her future plan for the child by 4pm on 22.09.17. This statement is to be translated [my emphasis]”.

Add to that “The local authority shall, upon receipt thereof, translate the mother’s final  statement and this order into the language spoken by the maternal grandmother
and shall serve these on the maternal grandmother by no later than 15.09.17”, and “The grandmother has changed her position now to say that she wishes to return to her country of origin and care for the child there” to the assertion that the maternal grandparents are “of a Muslim background but are non practising”, and what do we get?

The difference, of course, is that the second Muslim family who don’t speak English enjoys the approval of the press. That is all.

And the conclusion? The child’s welfare was at all times paramount. The Police and local authority were faced with an emergency situation, and had to respond appropriately. It was not possible to place the child with the maternal grandmother until an assessment had been carried out; this has now been completed. At all times, the relevant law has been applied, and at no time has the press influenced proceedings.

It would allow Andrew Norfolk, and his bosses, to salvage something from the wreckage of their wayward journalism by simply holding their hands up, admitting they seriously misled the public, and apologising for so doing. That they have not yet seen fit to do so tells you all you need to know about our free and fearless press.
Posted by Tim Fenton at 10:49

“The court expresses its concern that photographs of the child and foster carer have been published in the press"
Where? All I've seen is one photoshopped file photo that didn't even look to have been taken in the UK.

Well, in my opinion it's that "Norfolk and his bosses" are a gang of lying, cowardly, racist, unprincipled, far right Murdoch/Rothermere propagandists without a trace of decency or honour. It's either that or they are cosmically incompetent and lazy.

But I discount the latter because of previous experience with the same kind of people in similar situations.

I saw a photo of rear view of a child with a backpack which claimed it was the child concerned & her foster parent.

There may have been others.