After Zelo Street gave readers a little more information about the student who had showed such enthusiasm for zero hours contracts on last Friday’s Question Time leaders’ special, there was a significant response. Had Ed Robbins been a plant? Was he merely taking his political lead from older members of his family? Was it fair to suggest he was a Tory? Well, on that last point, the latest information to hand suggests the answer to that one is yes. 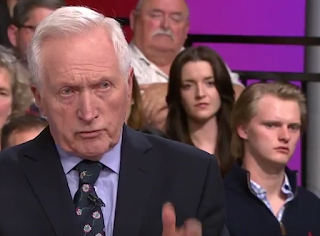 Robbins may have enjoyed a rewarding gap year and a number of other reassuringly expensive divertissements, but he has also found time to dabble in politics, and unless he has changed party since the 2015 General Election, most certainly is a Tory. I give you the 2014-15 issue of The Cheltonian, the house magazine of Cheltenham College, because all  suitably upmarket independent schools have to have house magazines.

On Page 17, we can read about “Government and Politics”, and that “The Government and Politics department continued to enthuse and engage the student body. The academic year was bookended by the Scottish referendum, the rise and fall of UKIP and the excitement of a General Election. It is without doubt a deeply stimulating subject and the Sixth Form students were immersed in recent political developments. What with local hustings events and visits from prospective Cheltenham candidates, the pupils benefited hugely from the exposure to contemporary local and national issues”.

Was there some kind of practical element to this learning? There certainly was: “The real highlight for the department was the College-wide election. Every main party was represented and what followed was a highly informed and passionate campaign”. And who might have represented the Tories in this exercise? As if you need to ask. 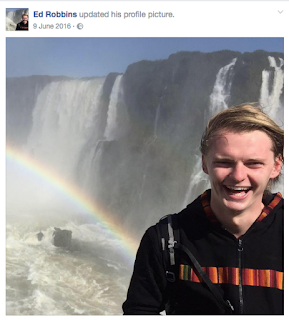 Life can be hard for some. Or maybe not

“Edward Robbins (U6, L), representing the Conservative Party, won the popular vote and the majority of the constituencies (spread across the Houses, Common Room, administrative staff, catering staff and the estates department”. So all those who assumed that Ed Robbins was a Tory assumed correctly.

That would explain why he did not inconvenience the Imperial Progress of the Empress Theresa, but instead aimed his question squarely at Jeremy Corbyn, whose plain speaking and candour, coupled to a commitment to social justice and the kind of agenda that would not look out of place in mainland Europe probably frightens the living daylights out of many in and around the Cheltenham College former pupils’ world.

And for those who believed Zelo Street behaved somehow unfairly and improperly in exposing Ed Robbins, no-one is suggesting that he should not be free to espouse whatever views he chooses, and promote his chosen political agenda. But likewise, anyone else is free to call him out on it. Moreover, given the information in this post is openly available, it might have been thought that whoever does the audience vetting for Question Time would also have been able to dig it out.

It would certainly save the BBC a significant amount of grief. Just a thought.
Posted by Tim Fenton at 16:32

Audience vetting, Tim? You're not suggesting they see he was or is a Tory and decide not to let him on? I sure hope not.

He asked a question about something that mainly affects the poor while not being poor. Hardly the crime of the century.

I still think this is in remarkably bad taste. He didn't lie, so there shouldn't be all this hullabaloo and barbs.

I enjoy Zelo Street immensely, but this I fear was a misfire.

I imagine the QT audience producer - Alison Pedley Fuller - was too busy hitting 'Like' on Britain First's Facebook posts to do any research into Tory Boy.

He made out he's something he's not, in order to criticise Labour policies. If he had said, I'm a rich Tory, but I think Zero Hours contracts are good for poor people, that would at least have been honest. As it was he lied, for political reasons.

But still, with these people, the election doesn't really matter: the blood's not going to be running in streams down the gutters of Park Lane if Labour wins; but if the Tories win people will die - run-down health service, cuts in disabled benefits, deliberately engineered delays in other benefits, etc (and etc etc) - and this bloke wants that to happen. Bad taste my cat's pointy arse.

‘I need my zero hours contract to buy food, Jeremy will starve me’.

That fellow lied by pretending he was something he wasn't. All of it intended to defend the indefensible of mass casual working.

I suggest you check out the history of dockers "welt" and builders "lump". Both of which were resisted only through organised unions. Now it's back to the same corrupt practice, this time as "zero hours". Which also disguises the true rate of unemployment.

The time for making excuses is long past.

This is disgraceful. The audience was announced as an equal mixture of Conservative and Labour supporters and others/undecideds. It's totally fair for this student to be a Tory voter, if he is.

He has asked an easy question to a man who wants to win his vote and you're crucifying him for it. He has rich parents, you allege. So what? That doesn't define who he is. He just asked a question - one that was pre vetted by the programme, and was fair. Corbyn flunked the answer, perhaps because the questioner phrased it weirdly: is that why you are attacking him?

Young people engaging in politics should be welcomed and encouraged.

Hardly. Stop making things up to justify the squashing of measured debate.

The only person "making things up" is the said moron on Question Time.

There's no "measured debate" from you either. Just more bullshit. Which makes this the last time I comment on anything you post.

But do carry on. Paul Dacre loves suckers like you.