London’s City freesheet City AM has told “Uber has said it will be refunding passengers who were caught up in the terror attack in London Bridge on Saturday night”, which at first sight appears most magnanimous, until we see the following paragraph: “Many people were left stranded in central London with public transport in the area closed down. Uber drew criticism from for so-called surge pricing, increasing the price by more than twice the normal fare in some instances due to the increased demand”. 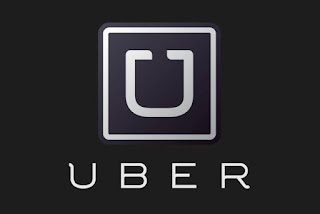 Ah, the old “so-called ‘surge pricing’” once more. So how did Uber attempt to spin their way out of this one? “The company said it disabled the ‘dynamic pricing’ as soon as it was aware of the incident, in the area affected around London Bridge and then across central London … Uber has said it will refund the rides of anyone who used the app in the area”.

The Murdoch Sun noted the Uber climbdown, but observed “However, some said the suspension had been far from quick, with claims that it took up to two hours for the taxi company to respond to calls for the surges to be dropped - potentially endangering those trying to flee the scene”. The Independent also noted that “Uber slammed for being slow to turn off ‘surge pricing’ after rampage”. And it wasn’t an accident.

Uber has, over the recent past, established a grim reputation for its Vulture Pricing on the back of terror attacks. In 2014, the New Republic told “one problem that they have consistently faced - and failed to find a solution to - is the public’s reaction to surge pricing during emergencies … That issue returned with Uber reportedly increasing rates fourfold and requiring a minimum $100 fare in Sydney, Australia where a gunman is holding 13 people hostage in an apparent terrorist attack. That has set off a predictable reaction”.

By September last year, the situation had not changed, certainly in New York City, as Fortune reported “After a bomb injured dozens in New York City's Chelsea neighborhood on Saturday, people called the ride-service Uber to take them to safety. The vehicles arrived as promised but with a catch: Uber nearly doubled its fares from normal rates”.

And although Uber made great show of donating to the We Love Manchester fund, the Manchester Evening News observed “Uber won’t be switching off fare surging charges on Sunday though” (for the One Love Manchester concert at Old Trafford). Meanwhile, Manchester’s Metrolink light rail system was allowing ticket holders to travel free to and from the stadium. Compare and contrast, as they say.

Back in London, Uber responded to people trying to escape the Westminster area in the aftermath of the March terror attack on Westminster Bridge and the Palace of Westminster by hiking prices as much as 400%. The company also raised fares for those fleeing the effects of Hurricane Sandy in New York City. Whenever there’s a disaster, Uber has an embarrassing habit of getting caught trying to exploit it.

Anyone would think they might pause for a moment, especially given TfL have only given them a four month renewal of their license. But for some, greed knows no boundaries.
Posted by Tim Fenton at 16:29

One gets used to far right "economics" lingo bullshit.

But I must say "surge/dynamic pricing" is a new one.

Of course they'll never say "Rip off profiteering at any price, even off the backs of human misery".

any event were taxis are urgently needed mean the driver and company will be making good money with their usual prices.
It's plain old nasty predatory pricing at a time when even mini-cabs were offering free rides to people fleeing violence.

I haven't done any hacking. Honest.
Its not like there are masks and stuff and a huge criminal following.

It was Russia who did it. Honest.