Another week, another desperate attempt by our free and fearless press to smear Labour leader Jeremy Corbyn on whatever subject they can dig up. Not fazed by the ominous sight of Mail pundit Peter Oborne being jeered by a BBC Question Time audience for suggesting that his paper doesn’t tell lies - ‘fraid it does, Peter - the Murdoch goons at the Super Soaraway Currant Bun have once more launched one of their own. 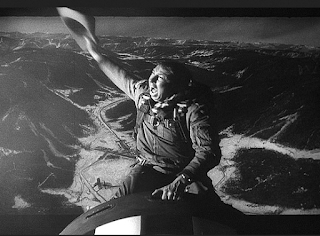 To no surprise, the dead cat being chucked on the table today is all about Trident. That’s our so-called “independent nuclear deterrent”, which isn’t independent and hasn’t deterred any attack on this country and its people. But it is nuclear. and although another Question Time audience, this time before the General Election, threw up some who considered Jezza to be insufficiently bellicose, loosing it off would have grim consequences.

As I pointed out at the time, the destructive power of today’s nuclear weapons puts anything that has gone before in the shade. The devices detonated over Hiroshima and Nagasaki in 1945 are puny by comparison. That does not deter the Sun’s hacks, who have cobbled together a new nuclear frightener headlined “Jeremy Corbyn pledges to ditch Britain’s nukes as he boasts he’ll be in Downing Street THIS YEAR”.

Really? Do go on. “JEREMY CORBYN has boasted that he will be Prime Minister by the end of the year, it emerged today … The Labour leader also pledged to get rid of Britain’s nukes ‘as soon as he can’ - even though his party is committed to keeping them”.

Two things here. One, as has been pointed out to the Murdoch goons, what they are quoting has been paraphrased and is secondhand. And two, “as soon as he can” is not a pledge to “ditch” anything. The Sun wants its readers to think that Britain is governed the same way their paper is run - by absolute decree. It isn’t.

We have cabinet Government and, in the Commons, a functioning democracy. You know, Sun hacks, the democracy you like to bang on about when it suits you.

Still, on with the porkies, eh? “Mr Corbyn has strongly suggested that if he became PM, he would refuse to use nukes even if the country were attacked”. No he hasn’t - he has restated that position adopted by every Prime Minister since the war (well, except Theresa May), and that is there should be no first use of nuclear weapons.

Any more creative journalism in the tank? There sure is: “A senior defence source said: ‘Jeremy Corbyn chose to go to a music festival on the day we honour the brave men and women who protect us. So it should come as no surprise he wants to ditch the nuclear deterrent that keeps us safe’”. A “senior defence source”. That they just made up.

The article also glosses over Labour’s commitment to the Nuclear Non-Proliferation Treaty, despite Britain (as well as Russia and the USA) having ratified it. After all, this isn’t about accurate and factual reporting. It’s about smearing any politician who dares to believe the press should be accountable for their decades of bad behaviour.

"The Sun wants its readers to think that Britain is governed the same way their paper is run - by absolute decree. It isn’t."

Nothing new about this.

When he was leader John Smith was asked on TV if he would "...ever press the button?"

No need to work hard imagining the press medium result.

Not long after, John, a decent man, was dead of a heart attack. As was Robin Cook when he denounced Blair's Yank Poodle militarism and resigned. Then David Kelly "killed himself" in the midst of exposing New Labour government lies about weapons of mass destruction. Who benefited?

The insanity of nuclear weapons is obvious to anybody with even modest common sense. As is the possibility of a false or accidental lethal reaction. The Cuba missile crisis of October 1962 demonstrates why - the Yanks and NATO had stationed nuclear missiles next to the Soviet Union. Khruschev retaliated and placed them in Cuba saying, "Let them see how it feels". Madness begot madness. Only a junior Russian submarine officer saved humanity when he refused to key in a nuke command after his sub was depth-charged. And even then many of the missiles in Cuba were as nuclear tipped as those in Turkey, Italy, Britain and West Germany. Had the loonier Yanks had their way the US would have invaded and their entire East coast would have been obliterated. Even worse in the USSR, China and Europe. Since then there have been many nuclear-war near misses, all of them instigated by the USA rogue state and its lunatic violent culture.

Jeremy Corbyn's opinion is sound by comparison. But he could do better and fuck nukes off unilaterally and permanently. Only insane mass murderers want them in the first place. If we can't uninvent them we can at least wash our hands of them. There would never be enough water to wash the blood off the hands of homicidal maniacs who would use them......first or second.