Such is his enthusiasm for all things Conservative, and especially on education, one might think that the loathsome Toby Young would be a fervent supporter of Grammar Schools. Indeed, when he asked in a post for Telegraph blogs “If we accept that bright children from deprived backgrounds are more likely to excel in grammar schools – and I think that's indisputable – and we also accept that less bright children in neighbouring schools will suffer as a result of not being taught alongside them – again, hard to dispute – the question is whether that's a price worth paying?” his thoughts were clear. 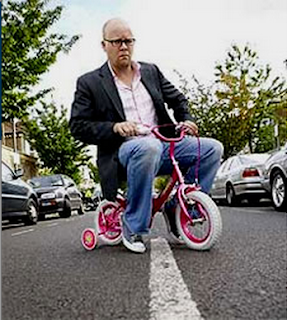 Another grown up contribution to the education debate

Continuing “The choice we're faced with is not between more or less social mobility, but between two different patterns of mobility: a reasonable amount of modest mobility in a system characterised by universal comprehensive provision versus a higher level of bottom-to-top mobility offset by lower levels of modest mobility in a system that includes an element of selection”, he then came to an unequivocal conclusion.

“To my mind, it's pretty clear that the latter is preferable. Why? Because everyone gains in a society when the most gifted are able to rise to the top. A brilliant child born on a council estate is less likely to discover a cure for cancer if he or she attends the local community school than if he or she attends a grammar”. He had been just as certain of his ground when telling the Guardian back in 2009 of his enthusiasm for Free Schools.

“My plan is to create a ‘comprehensive grammar’, that is, a school which is as close as possible to the grammar I went to – traditional curriculum, competitive atmosphere, zero tolerance of disruptive behaviour – but with a non-selective intake”. Once he’d found a site, “the mechanics of setting up my ‘comprehensive grammar’ shouldn't be too hard”.

Grammar Schools were therefore A Very Good Thing. However, and here we encounter a significantly sized however, the folks at the Independent have discovered that Tobes’ disposition towards Grammar Schools was not always so sunny. “Toby Young: Free school pioneer described working-class grammar school boys at Oxford as 'universally unattractive’” is the headline on Nick Mutch’s article.

The piece recounts Tobes’ description of working-class Grammar School students arriving at Oxford University: “It was as if all the meritocratic fantasies of every 1960s educationalist had come true and all Harold Wilson’s children had been let in at the gate … Small, vaguely deformed undergraduates would scuttle across the quad as if carrying mobile homes on their backs. Replete with acne and anoraks, they would peer up through thick pebble-glasses, pausing only to blow their noses”.

He even let his readers know that these ghastly oiks were known as “stains”. The Indy notes that Tobes “has not answered a request for comment”. Perhaps when he does find time - no word on Twitter either, as he is too busy congratulating himself on having edited the latest issue of Spectator Life - he can also explain how his claims that his late Father would approve of his actions sits alongside “fantasies of every 1960s educationalist”.

The Honorable Toby Daniel Moorsom Young really is a crashing snob. End of story.
Posted by Tim Fenton at 15:38

And this "man" was allowed to set up a school. Just leaving that out there.

Didn't I read somewhere that he only gained an Oxford place due to an admin error?

I would ask him about this on Twitter but he blocked me when I asked him if he still bought cocaine for Damien Hirst and that cheese bellend from Blur as he described in his own book 'how to lose friends and alienate people.'

Done a bang-up job haven't they?

Every time I hear Toby Young speak I hear his poor old Dad spinning in his grave.