Back on to the front pages at the cheaper end of the Fourth Estate has come the still unsolved case of Madeleine McCann, abducted from an apartment at a holiday complex at the western Algarve resort of Praia da Luz five years ago. And for once the lead has not been taken by the Express – perhaps the lawsuits have something to do with that – but by the Murdoch Sun. 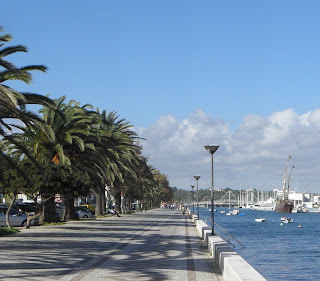 Rupe’s downmarket troops have observed that the Met’s finest have pored over the case, at the personal urging of Young Dave, and concluded that there are 195 “investigative opportunities”. Moreover, they believe there may be new evidence. So when the authorities in Portugal – both the Attorney General’s office and the Policia Judiciaria (PJ) – declined to reopen the case, there was outrage at Wapping.

“Maddie insult” thundered the editorial headline. Readers are told “ARROGANCE is piled on incompetence as Portuguese police snub pleas to reopen the Madeleine McCann enquiry” (one should note that, at the Sun, some words are in CAPITALS because the hacks want readers to KNOW that this part of the HEADLINE is very very IMPORTANT and they should not MISS it).

Those “investigative opportunities” are transformed into “new leads”, because, as any fule kno, a “new lead” is much more likely to mean a case being solved. So if there are 195 “new leads”, that makes it certain that doing what the hacks demand will produce a live Maddie and a happy ending, with refusal being beyond the pale and deserving only contempt and condemnation.

“Isn’t it more likely that Portugal is deeply embarrassed by the unprofessional way it bungled the search for Madeleine when she vanished five years ago?” shrieks the editorial, trying to heap blame on an entire country for what may or may not have gone on in one corner of it. And there’s more: “In their eagerness to blame Kate and Gerry, local cops missed crucial clues”. Really? Like what clues?

And here we encounter the inability to translate from one language – and law enforcement culture – to another. The term “Arguido” means “person of interest” (and anyone so identified has certain rights under Portuguese law), yet the Sun, as with the rest of the tabloid press, translated it as “suspect”, which is at the least unhelpful, and at worst prejudicial.

The reality of the Madeleine McCann case is that yes, it is being reported locally (you can see the latest item in the Público HERE), but this is a country with eleven million of its own citizens to protect, in the midst of an austerity drive that is putting pressure on the whole of its public sector, and reopening a case because Rupe’s troops say so is not going to get the McCanns, or anyone else, very far.

Maybe the Sun hacks would like to pay the police bill themselves? No, thought not.
Posted by Tim Fenton at 11:01