The Self Publicising Black Helmet

Some folks are famous because of their achievements in the sporting field. Others gain fame through statesmanship, business acumen, and a talent for acting, singing or dancing. Some are famous because they write books, plays, music or – all too rarely nowadays – half decent copy. And then there are those who are famous because enough of the public pay too much attention to them. 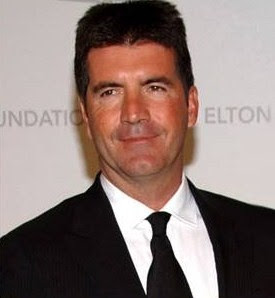 Keeping the Helmet in the picture

And in this last category is the Black Helmet, one Simon Cowell, self-styled pop impresario, svengali to his stable of obedient artists, and supposedly ultimate smartarse master of the talent show put down. The success of those talent show formats, such as The X Factor and Britain’s Got Talent, depends heavily on the public buying in to the shows and their successful acts.

So Cowell, who has been financially successful beyond the wildest dreams of 99.9% of the population, needs that audience share to stay high if the cash is to keep pouring in. And here his flight through the entertainment stratosphere has hit a little inconvenient turbulence, as ITV have managed to schedule a clash between Britain’s Got Talent and BBC pretender The Voice.

Worse for Cowell, when the two shows have gone head to head, The Voice – with a neat mixture of judges ranging from Jessie J to the evergreen Tom Jones – has not just come out best. It has trampled all over Cowell’s cash cow. What to do? Well, the viewers can’t be forced to love him, but if there is a suitably spicy story to put out there, the extra attention could do the trick.

And so it came to pass: the Black Helmet, who despite all that green folding stuff is still single at the age of 52, let it be known that he had a long and – of course – passionate affair with fellow judge Dannii Minogue. He correctly identified not only her clothes, but also her hair and breasts. Clearly nothing gets past this man. And he also lusted after Cheryl Curl, just for good measure.

This generated unfeasibly large amounts of copy, first from the news, and then from the pundits. Then ITV yielded ground and announced it would move Britain’s Got Talent, performing dogs and all, to a start time half an hour later. This combination of actions is – supposedly – going to restore Cowell’s prestige (massaging his ego all the while) and the channel’s ratings.

What it has done, though, is to expose three things: the Black Helmet is famous mostly because the public allow him so to be, that for ITV, betting Saturday evening success on one show, which is in any case little more than a re-tread of Hughie Green’s Opportunity Knocks, might not be such a good idea. And that the Beeb has, as with Strictly, brought back old fashioned family entertainment to our screens.

This can’t be just countered by cheap publicity stunts, whoever pulls them.

[UPDATE1 20 April 1300 hours: just to ramp up the self-publicity, Cowell has now managed to get the ludicrous story that he is about to pull the plug on his deal with ITV into the Super Soaraway Currant Bun. The channel is failing to "respect" The Great Man (allegedly). A number of "sources" and even one "senior source" are quoted in support.

This was then supported by a report in the Mirror calling Cowell "wounded" and looking "haunted" because he went out of an evening without having a shave first. There was, as ever, the obligatory "younger woman" along for the night out, with the press in tow, as if by miraculous coincidence.

Let's cut to the nub of this one: Cowell has no other UK channel in the frame that would enable him to keep trousering the sums of money he gets from ITV. This is orchestrated self-publicity of the kind that would make Samantha Brick pause for thought. Enough already]

[UPDATE2 22 April 1810 hours: the Murdoch Sun has once again been fed the latest helping of Cowell self-promotion, this time by former "glamour model" Alicia Douvall (formerly plain Sarah Howes), whose body has been, er, surgically enhanced (a lot). She enjoyed an improbable relationship with the Black Helmet where the couple allegedly had sex eleven times in one night.

One hates to say that this is impossible, but the thought enters that one of Rupe's troops may have thought of a number, doubled it, added the number he first thought of and a couple of humps for good measure. The result is that Cowell emerges looking like some kind of rampantly heterosexual athlete with a bedroom presence verging on the Olympian.

Moreover, he is therefore Not Even Slightly Gay Or Even Mildly Camp, and for good measure, is still lusting after Cheryl Curl, just for potential afters (again). I'm sure these latest revelations have nothing to do with Ms Douvall no longer being in the limelight and a single mum needing to make ends meet (as it were).

But it's just trashy self publicity designed to keep Cowell's profile up. It won't make his franchises any more marketable, or any less limp (That's enough innuendo - Ed.)]