Express Cock-Up – What A Star!

If there was any doubt as to what effect sending yet more staff down the road would have on the quality of the product from Express Newspapers, that will have been dispelled by one look at today’s on-line edition of the Express. The supposed flagship title of Richard “Dirty” Desmond’s empire, a paper that was once feared for its investigative journalism, now has trouble just getting the grammar right. 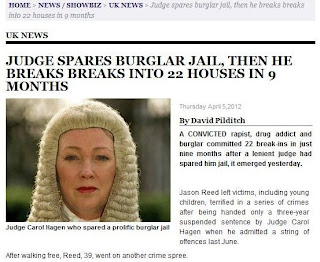 Take this item on crime and punishment, intended to press those why-oh-why buttons for readers who have not already upped sticks and moved to the Daily Mail. “Judge Spares Burglar Jail, Then He Breaks Breaks Into 22 Houses In 9 Months” screams the headline. Maybe they can’t afford a spoiling chucker: mine points up the repetition. 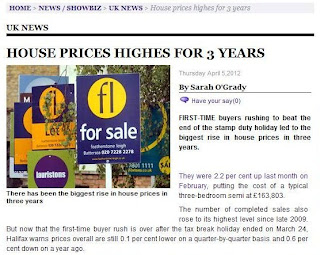 And if there are features on house burglary, then there have to be yet more on house prices. The howlers follow along – to no surprise at all – as readers are told that “House Prices Highes For 3 Years”. My spell checker picks that one up too, which suggests the folk putting these items together don’t have much time to do the work: after all, the “story” is just another recycled press release. 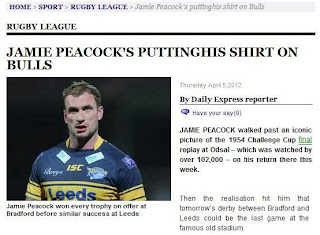 Maybe the staff can do better on sport? Maybe not: an item on Rugby League is headed “Jamie Peacock’s Puttinghis Shirt On Bulls”, which my spell checker also picks up. This is doubly bad, because the subject of the piece – the possibility that Bradford Bulls could be facing oblivion – is deadly serious (predecessor club Bradford Northern had gone bust in the early 1960s). 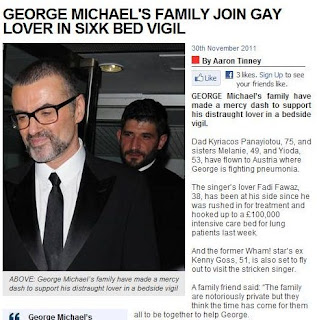 And what of the Daily Star? Well, there’s less text and more pics at the increasingly downmarket title, less news and more of those self-promoting slebs. But here’s a suitable howler from a few months back, as readers are told “George Michael’s Family Join Gay Lover In Sixk Bed Vigil”, another that the spoiling chucker picks up automatically.

OK, that last howler is one I saved earlier. But all the Express clangers carry today’s date. It’s the first time I can remember the gaffe rate being so high, and the possibility that it’s linked to those sackings cannot be ruled out.

But if Dirty Des can keep trousering the dosh, even when the quality goes down the chute, that’ll be another Benchmark Of Excellence.

don't you mean benchmarkofexcellence? Which is less than excellent, grammar-wise