When Sarah Sands departed the Evening Standard to become editor of the BBC’s Radio 4 Today programme last year, the “Evening Standard owner Evgeny Lebedev said: ‘The London Evening Standard has been a huge success under Sarah's editorship, and she has been a vital part of the team since this company acquired the Standard in 2009. Sarah will leave with our very best wishes for her new role.’” 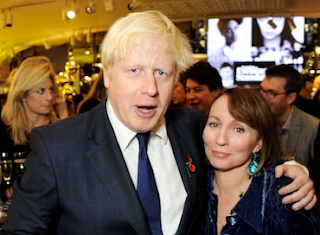 This was the most blatant horseshit. Under Ms Sands’ leadership, what remained of the Standard’s credibility had been sprayed up the wall during the 2016 London Mayoral election contest, when the paper had shamelessly shilled for Tory Zac Goldsmith, who fought a disgraceful Islamophobic campaign, even suggesting that Labour’s Sadiq Khan was in league with terrorists. But this did not bother the Beeb.

Now, the Corporation has reaped the reward of her stewardship: Today has lost around 10% of its audience over the past 12 months. As the Guardian has reported, “The Today programme reached an average of 7 million listeners a week between April and June, down from a record 7.8 million people in the same period last year. The BBC pointed out that this period included major news events such as the snap general election and the aftermath of the Grenfell Tower fire”. But there are major events right now.

Brexit. Attacks on the Labour leadership. Zimbabwe. Interest rates. Hot weather, with the prospect of more. Crime. Trump. But no, today’s Today prog has given a prime slot to an apologist for the far right. Small wonder “The decline in listeners came amid discussion over the direction it has taken under its editor, Sarah Sands, and whether it continues to set the political agenda”. Why this might be is not hard to fathom.

We need look no further than Ms Sands’ own comments, as Press Gazette has told: “The editor of BBC Radio 4’s Today programme has said John Humphrys is ‘the person you want when you want to hold power to account’, describing her female presenters as ‘better on fashion’”. Mishal Husein was unavailable for comment.

Humphrys is becoming the subject of increasing amounts of adverse comment from Today’s audience. The programme’s make-up is also under fire, not least for persisting with the idea that reporting of the Vote Leave lawbreaking must be “balanced” by someone rubbishing the work done by the Observer and the Electoral Commission, or that a discussion on climate change must include a climate change denialist.

Listeners are not impressed, and the decline may only be getting going; for so many, the Today programme is their default radio setting of a morning. The BBC’s problem is that once those listeners snap out of the default habit, they are unlikely to return - not while Humphrys is acting like Daily Mail Man, and Today is edited by someone who led a viciously unpleasant attack on London’s current Mayor.

As for the infelicitous remarks about female presenters … one need say no more.
Posted by Tim Fenton at 12:45

The Today programme is really Radio Gammon, full of Brexit propaganda and presenters all shilling for Bojo and the neocons.

I’m done with Today but what can I listen to instead?!

The thing about Sarah Sands is she is nobody's poodle left or right, a libertarian who seeks views from all sides. If she has the Guardianista choking on their gluten free muesli then she must be doing something right!

And Khan has done nothing in office to suggest she was wrong in opposing his election.

Anon 17:38 – if she seeks views from both left and right why does she only push those from the right on the listener?
And if it is your view that she is right about Khan, then I guess that self publicist Johnson (the previous mayor, in case you’d forgotten) was very much to your liking? Never forget that it is usually the fruits of the previous incumbent that the current mayor basks in – Johnson inherited much from Livingstone, whereas all Khan received from his predecessor is the Boris bike, a sweaty bus fleet and memories of a garden bridge dream.

You guess wrong, Khan is useless, hasn't had an original idea in his life and made ridiculous promises when touting for votes that the MSM, especially the Evening Standard, has failed to pull him up on. Just not wearing a tie doesn't make you a man of the people. Try tackling transport, housing, crime instead of trying to shift the blame elsewhere, basically just being a multicultie figurehead doesn't cut it, start working!

Today is much better balanced than previous, hence to "liberals" it must appear only the right is only being pushed. To me l finally see questioning of some of the more contentious assertions of the left, all good, defend your position if you can!

When I did used to listen to the Today programme, I'd very often end up turning it off in disgust, which didn't do my mood any good.

I've now retreated to the calmer waters of Radio 3's output before 9.00 am.

I dare to chlllenge that proposition,take a look at the photo above ..
If she's nobody's poodle then it appears she's got one on a leash. A rather Afghan hound lookalike.

Anybody claiming corporate media is "much better balanced" really ought to consult ownership records, published and broadcast records and ACTUAL editorial methods, and previous opinions and behaviour of BBC governors, editors and "journalist/presenters".

It will probably come a tremendous cultural shock. But it sure beats blaming Sadiq Khan and his couture for the horrible shit hole that London has become. The present situation has been looming for decades, the inevitable result of government policies which have decimated the whole country. London could hide for a while behind activity. Now it faces the realities of absolute failure.

Corporate media will of course make Khan the fall guy while its cowardly jobsworth employees ignore their role in the corruption of society, not just in London. Khan cannot solve those problems, but he can have the blame foisted on him.

If Today was a mainstay of Breakfast TV, it wouldn't get any with such overt political bias.
Losing 10% of listenship in just 12 months is pretty serious and if it was a commercial station heads would roll including the Editor's but at the BBC political bias towards the incumbent government is the fashion.

Kills two birds with one stone.

Avoids debating the pros and cons of Brexit because there aren't any worthwhile pros and ruins the reputation and loss trust in the state broadcaster which governments who need the support of Murdoch are never happy with.

Anon 23:37 (and presumably 17:38) – And should we assume that Johnson tackled transport (the lousy buses excepted), housing and crime to your satisfaction? These are things that take time and with the occasional changeover of power and battling those who disagree with proposals or legal challenges will not help speed the process through. Did Johnson ever have an original thought that did not massively promote himself?
And the Standard: it is sinking beneath the stupidity of its editor and his political bias, and his crazy ideas for raising money after the paper going free. There is also the rumour that Osborne is looking to be put up as the Tory option for mayor in the near future.

As for R4’s Today... I guess that your idea of balance involves giving your view and not having it challenged by those you disagree with – which is what is taking place at the moment. The concept of ‘liberal’ means that there are, basically, two opposing positions, to the left and right, of this centre point and when one side is invited to talk about a subject then it has (up to now) been usual to invite someone from the opposition to come and counter that view and create debate – unless you as a programme editor are pushing a view and do not wish to let the listener hear that there is another angle, or you have invited on someone to oppose that view who you can shout down in the belief that if you are loud you are right (the Piers Morgan concept).

I used to subscribe to the belief that if the government of the day (of whatever colour) were complaining about the BBC’s coverage, moaning that it was not backing them, then all was right with the world. These days it is sometimes difficult to believe that the country is not 100% behind many government policies, so angled is the bias from the entire media. We are not quite into the servility of Fox News, but sometimes it is not that far off.

What an inane comment. Winding folk up, making folk choke on their breakfast? If that's the Libertarian way you can keep it. It's the behaviour of toddler.