Such is the fog of battle already generated by the EU referendum campaign that some observers have lost sight of the bullying scandal still threatening to engulf the Tory Party. Those observers might also have missed the return of the bullying scandal to centre stage in the last few days, because its visible presence is not the premature death of activist Elliott Johnson, but the investigation into election expenses. 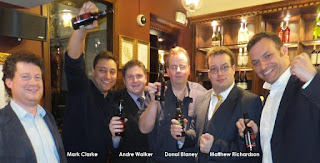 What, you may ask, is the connection between Johnson’s death last September and the potential abuse of expense allowances in as many as 30 Parliamentary constituencies? Simples. One name connects both strands, and that name is Mark Clarke, the presence behind the Tories’ RoadTrip 2015 operation, but now expelled from the party for life following the revelations in the wake of Elliott Johnson’s death.

Clarke’s behaviour, which is alleged to include not just widespread bullying but also equally widespread sexual predation, especially among young Tory activists, was raked over at some length by the press in the weeks after Johnson died. But he is also the prime source of much of the evidence driving the relentless pursuit by the likes of Channel 4 News’ Michael Crick as he pursues the Tories over election spending.

That Clarke is the source does not mean the information is wrong or misleading, merely that he has an agenda, which appears to be to get back at the party which he served - in his own inimitable way - and which threw him out. Had Elliott Johnson not died when he did, Clarke would most likely still have been at the heart of the Tory Party, and that party would have got away with what is looking more and more sleazy by the day.

The Tories are not helping their own case, either, as the Independent has told: “The Electoral Commission on Thursday applied for a High Court order to force the Tories to hand over the missing papers – which it says would help shed light on whether the party broke spending rules in key marginal seats at the general election”. It is the first time ever that the Electoral Commission has had to take a party to court in this way.

There is more: “Police across the country have announced criminal investigations into the Conservative Party’s conduct at the general election after a Channel 4 News investigation alleged it might have broken spending rules”. Several Police forces are on the Tories’ case. And it gets worse: there is debate over whether personalised letters, some of them from the Prime Minister, broke the rules if they mentioned the constituency name.

What is also clear is that, after Channel 4 News spent several days on the story, it has now been picked up by BBC Daily Politics lead presenter Andrew Neil, although the cut-through was not yet sufficient that his pundits Michael Portillo and Alan Johnson were up to speed on the story last night. Hopefully Neil will not be the only one at the Beeb helping to move it forward. Because this could mean enough by-elections to remove the Tories’ majority.

That, coming on the heels of divisions exposed by the EU referendum campaign, would turn Young Dave and his jolly good chaps into a lame duck Government - with still almost four years of its term to run. We may be about to live in interesting times.
Posted by Tim Fenton at 13:15

So....political corruption by the tories (allegedly).

And the Bullingdon pig's head boy fronts a "conference" on corruption in Corruption City, Mistake-on-Thames.

Altogether more corrupt than all the corrupted corrupters whoever corrupted Corruption City.

I'd laugh if I wasn't so busy making sure the tories aren't breaking into my pitiful bank account to steal from it.

If Alistair Carmichael leaking a faked letter wasn't enough to result in a by election, I'm not holding my breath that overspending on expenses will be.

And just where is a committed and concentrated opposition, firing on all 16 cylinders, when you really need one.

People should be running rings round these incompetant chancers.

I'm waiting for some desperate spin-merchant to suggest it is all Corbyn's fault.

Sometimes it's best just to let the neocons stew in their own juice and not treat important issues like a cheap media points-scoring game. In due course people will make up their own minds as the horrors pile up and reach critical mass. The electoral response will come when people are good and ready.

Sometimes it's a good idea to keep your powder fresh and dry for when it's really needed.

It's a long haul to the next general election and nobody sensible who respects the Labour Party's founding principles wants to be infected with the New Labour betrayal and its methods. If Chilcot has done an honest job he'll have driven the final nail into that coffin lid.

Actually, I'm okay with how Corbyn has dealt so far. His dignity and determination makes the media personality attacks look cheaper by the day. I just hope he's readying himself for the inevitable setups and smears that lie ahead, particularly in the final year or so of the run up. In the meantime, expect more cheap shots from Murdoch-Rothermere gobshite jobsworths.