Lawyer Charlotte Proudman, who became briefly well-known last year after she called out a male colleague for gratuitous sexism on LinkedIn, has apparently left Twitter after she received an unrelenting stream of abuse, much of it gratuitous and vicious, and from those who like to dish it out while remaining anonymous. 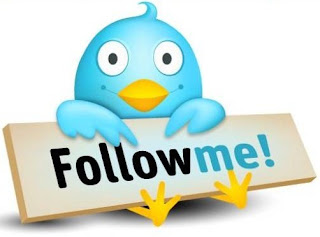 As Legal Cheek has told, “The junior barrister who shot to stardom after tweeting a screenshot of a senior lawyer’s sexist message has left Twitter after receiving unrelenting abuse from online trolls”. The post notes “The move comes as The Telegraph published a correction last week about its reporting on Proudman, apologising for, among other things, incorrect claims it had made about her relationship with her late grandmother”.

The Telegraph’s excuse note bears closer examination: “We wish to make clear that the last contact Miss Proudman had with her grandmother was more than two years before her death - not ‘shortly before’, as the article stated - and that Miss Proudman did not accuse her grandmother of having ‘failed in life’. Nor had Miss Proudman ‘thought up’ her surname; she adopted her maternal family’s surname. Her grandmother in fact died in January 2014, not April 2014 as stated. Miss Proudman has also asked us to clarify that one estranged family member expressed anger to the media, not her whole family”.

In other words, the Tel had published a pack of lies. And therein lies the problem for Ms Proudman and so many others targeted by the Fourth Estate as a means of filling column inches and giving pundits targets for them to unload a little bile. The Twitter trolls don’t just lock on to their targets: they look to see who the press is goading and baiting first.

This, not surprisingly, brings us to the Daily Mail and its singularly unappealing bevy of Glendas, who have devoted considerable energy to demonising Ms Proudman. Take Sarah Vine, for example, who moaned “If a man can't compliment a woman, the human race is in deep trouble” before calling Ms Proudman “hysterical and laughably pompous” and decreeing that she was a “Feminazi”.

Glenda Emeritus Amanda Platell was also on the case. After accusing her of hypocrisy, she asserted “Ms Proudman believes she has given a voice to women in the battle of the sexes and will not be silenced. Well, she certainly does not speak for me - nor for any women I know, young or old … it is Ms Proudman who is stuck in the ancient past.
She is fighting old feminist battles that women of my age fought - and won - decades ago”.

Rachel Johnson, famous for being Bozza’s sister, chipped in with “Fancy getting fired, chaps? Just say 'that's a pretty frock’”. Jan Moir sneered “Little Miss Look-at-me is anything but a victim” and - tellingly - added “And as she complains about yes, yawn, receiving death threats on Twitter”. Death threats are so, just, YAWN! Well, they are for overpaid Glendas who don’t do Twitter.

For those who have to deal with the lynch mob incited by lousy journalism in the Telegraph, and ranting punditry in the Mail, though, the abuse is not at all Yawn. It is all too real, and its occurrence so soon after the press has done its trashing is not an accident.
Posted by Tim Fenton at 14:03

Der Telegraf is no better than the Daily Heil. It just uses longer words and more bullshit.

What this episode demonstrates is just how much pent up corner shop hatred there is amongst those people. That they should all pile in on a platform much greater (for the time being) than anything available to Charlotte Proudman tells you most of what you need to know about their mentality.

Their lies aren't just mischief, they are outright evil. Their status isn't just one of the lowest common denominator - they fell below that years ago - it constitutes a soap opera of tenth rate tory boot boys and girls.

The whole gang of them acting in unison aren't fit to polish Proudman's shoes.

Ms Proudman lost a lot of sympathy when she called quite unironically for the word 'feminazi' to be legally banned. But the press are just a mafia intimidation racket, corrupting and insulting the notion of a free press.

You realise that 'Glenda's surname was 'Slagg' right?

All that apart, this is a long way from proving that the press incited twitter hatred against Ms Proudman. Isn't it a bit more likely that a sizeable number of people, journalists included, felt she'd acted like a bit of a dick? (The people who couldn't care less would obviously not demonstrate their presence online).

Amanda friggin Platell as a battle-scarred veteran of the feminist trenches? i don't think so, somehow.

So while she dreams of her imagined glory years, and battles won, I guess the women of Cologne and those who have made the Everyday Sexism project (to pick just 2 examples) might rather disagree.

And shame on those ordinary women out there, who pile in on every occasion that these and other Glendas give vent to some bile. Quite appalling too, the stick that Emma Watson, and then JK Rowling, got last week. Much of it from other women.

Sad times Tim. Look at the other lead story on that Times front page you flagged. And then smile whilst a Platell tries to tell us the battles have all been won.

Ann Kelly: "…when people engage with the media to make a name for themselves…"
Um, that's not what happened (not that you'd care). Proudman no more engaged with the media than you just did by posting here.
I hope, for your sake, that you don't receive the smearing and pile-on that you advocate for her.

"News"papers had the option to make a big publicity deal out of this, not Proudman. It was rags like the Daily Heil that ran with the story, whether it was interviews or invited articles. So far as I know, Proudman doesn't own or edit such "news"papers. Nor did she invite the kind of sickening abuse she got.

Seems to me like you got your logic knickers in a twist there, girl.

"If she [had] refused to comment to the media, her story would soon have been dropped".
Wow - do you really think that?

Nope, you're just blaming the victim. Par for the course in this far right society.

She was ASKED for interviews and like anybody with a sense of democracy she defended her corner. She had more than a good case too. That it was blown up further was down to the tenth rate hacks who need to fill their "news"papers with "exclusives" and "controversies" to keep their job. Ultimately, that is what you are trying to defend, an institutionalised state of mind and employment.

Proudman, on the other hand, had the strength of character not only to make her position clear, but maintain it against your kind of one dimensional nonsense.

People like you would prefer your own peculiar view of things to prevail and people like Proudman to leave your "peace" undisturbed. And, from your own "argument," monopoly media ownership and its propaganda and methods unchallenged. It's one of the reasons this country's culture has sunk to the level of drowsy nodding donkeys and zero hours yesmen and yeswomen.

One regular commenter has decided to delete their comments after some less than totally courteous behaviour by at least one other commenter.

While I don't want to indulge in heavy-handed censorship, nor interfere with anyone's wish to speak freely, I certainly don't want to have any reader think they are not welcome here.

So, as Churchill says in the insurance advert, "Steady Now".