Boris’ Bus Is A Criminal Waste Of Money

Transport for London (TfL) has this week owned up and made public the actual purchase price of the New Bus For London (NBfL), aka Boris Bus or BozzaMaster. And that price, at £354,500 per vehicle, makes the NBfL around £50,000 more expensive than a comparable off-the-shelf hybrid double decker. So, despite Bozza’s promises, the NBfL will not be price competitive with alternatives. 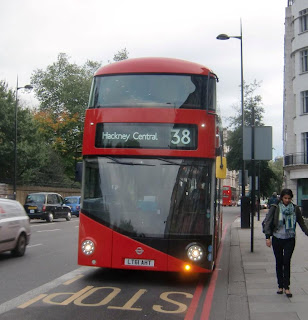 As there are to be 600 production examples of the NBfL, this gives a premium of £30 million. Added to this is the cost of the eight prototypes, which, at £11.77 million, gives a premium over eight comparable hybrids of £9.37 million. We cannot validate the claims for superior fuel consumption, as TfL have thus far declined to release the figures. So that’s a running premium total of £39.37 million.

For that money, Londoners could have had another 131 hybrid double deckers. And it gets worse: far from being the “greenest ever” bus, the NBfL will have to be retro-fitted with the means to enable it to meet 2014 emissions standards. So that means a further extra cost. However, TfL would benefit if the design were to be sold to any other potential customers. What are the prospects of this?

Sadly, they are precisely zero. This can be gleaned from the unwillingness of operators to take the vehicles on: uniquely for London, TfL is having to purchase them outright and then impose them on operators. There will be zero residual value after their estimated 14 year service life, as no operator outside London wants them. Perhaps there is an export opportunity out there? 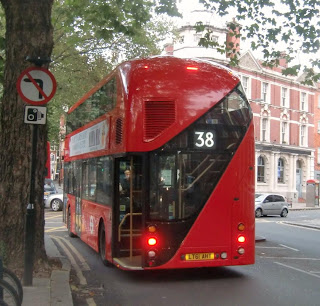 Regretfully not: many cities that used to operate double decker buses, such as Paris, Rome, Lisbon and Porto, no longer do so. Instead, they and their customers prefer single deck bendy buses: everyone’s out of step bar our Boris. Berlin, which operates double deck vehicles, has sensibly specified its own three-axle design. Other UK export markets choose existing hybrid types.

But it is in running costs that the truly scandalous scale of waste can be seen. Each NBfL requires a second crew member when its rear platform is in operation, and this has been estimated to add a cost of £62,000 per vehicle per year. Do the math, as they say: over the 14-year lifetime of the 608-strong fleet, this will land Londoners with a whopping £527.74 million bill.

That’s an awfully large premium payment for Bozza’s vanity legacy. The question begs itself as to how he has been allowed to get away with it: spraying £567 million up the wall merely for something that is “different”, “iconic”, or which may impress a few tourists would normally cause questions to be asked, adverse conclusions to be drawn, and the plug pulled on the exercise in short order.

Perhaps TfL and the Westminster Government could explain how they missed that.
Posted by Tim Fenton at 14:12

Its obvious you live outside of London in that hub of activity called Crewe.

Boris' Bus is a real plus for London and we will gladly pay the extra. We don't need 131 new buses as most of ours are new anyway.

You have never travelled in the cyclist killer called the Bendy Bus. Ken Livingstone was trying to clear the roads of cyclists which is why they were brought in. Thankfully they are gone now.

Wise up before you start making facile comments about London and try to get out to a world class place more often!

London's bendy buses never so much as injured a cyclist, let alone killed one.

The rest of the #1 comment is equally moronic, and as such I will be bringing as much attention and subsequent ridicule to it as possible.

Excellent as ever, Tim. You've led the way on this story.

Funny how Gilligan missed this, isn't it? In fact he called Lammy and Livingstone liars for pointing out how much each bus had cost as of 2012 because the price would come down as more were built. Which I didn't think make their observation a lie, but never mind. It should have stopped then and saved these awful running costs.

I'm wondering what other projects could have been built- transport alone, to keep it simple. Dagenham Dock Extension for starters. What else?

Can you point me to the Taxpayers' Alliance's comments on the Bozza bus please. I must have missed them.

Bendy buses are used all over Europe with no problems. And you don't to leave Britain. Cardiff has them hurtling around the city centre and I've never heard of them being a problem there. York had them (until the speed bumps wrecked the suspension) and no-one got hurt there either. I came to a conclusion ages ago - the problem is not the design, it's Londoners!!!


When can Crewe have a referendum on breaking the union with London??

I am very pleased that the bendy busses are gone. The problem for the passengers was that there were very few seats. I commuted on them every day - hellish experience.

If almost no seating was such a good idea why did Uncle Ken not have all of the chairs taken out of his houses and given to charity?

The evil man sentenced me stand on a packed bus clinging on for dear life every single damn day.

TfL, even while they were still defending bendy buses, admitted they were involved in more accidents. has anyone seen the report which this Evening Standard article is based on?

Maybe obvious but I think worth mentioning that conductor buses save time at stops, create jobs and make you feel safer. Most importantly for the 38 if you've just missed it you can leg it, jump on and nearly rip your arm off as you hang on to it for dear life!

These buses are absolutely horrid. Claustraphobic interiors, extremely hot inside (good for winter only), and does not one thing the current generation Wright/Alexander Dennis/Scania/Volvo buses can do at half (or more) of the cost this vanity project for Boris Johnson can offer and do it Better! Just shows when a Tory dabbles in public transport and knows absolutely nothing about it except dewy eyed nostalgia for a bus type that should've been gone by 1980 this is the result it's not what is needed and not what London council tax payers should be paying for. Does NB4L make my so called high frequency services run better? - no I sometimes wait 20-25 minutes for two buses that should operate 8-10 min and 12-15 min frequencies because London Buses stitch up contracts with particular operators. Does it make Countdown more reliable? - no way so maybe if Mr Johnson actually knew something about improving bus provision he'd do things which made it more reliable and improved what we have no rather than a vanity project we don't need. Personally I don't care what type of bus it is as long as it's reliable, runs on time and clean. Final comment the ONLY reason Johnson withdrew bendies was due to his pet middle/upper class cycling chums who think anything/everything (including pedestrians) are in their way of achieving a record time akin to the Tour de France got wiped out when riding within inches of them. If they had some manners not many would've done. But these cyclists have absolutely no manners especially to pedestrians. BTW I don't own/drive a car!

I used bendy buses when I worked in London and had a bad back. They were brilliant. I got a seat on the vast majority of occasions, and they were a much more comfortable ride than conventional single or double deckers. Before this I used to cycle, and once you'd learned to give them a bit more room, they were fine for cyclists as well. Getting rid of them was a vast waste of money and a retrograde step.