The Desperation Of Liz Jones

There comes a time when pundits cross over from being credible voices to mere hit-bait. For some, like the ridiculous Samantha Brick, they were never even intended to be credible. Others have seen their credibility slowly decay, but have kept churning out the copy, possibly because they need the money, and to cling to the last vestiges of status. Today, another of their number has gone further. 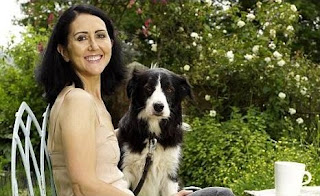 The Mail’s Liz Jones is that pundit. In the past, there had been some point to her witterings, but today’s pathetic snark at older women – that would be older women like herself – reveals that she, too, has joined Ms Brick and all the other objects of derision whose articles are read primarily by those who want to ridicule them, or are just in need of a good laugh.

“Old women are great with cakes - but far too prickly for TV news” declares the headline. What on earth is she going on about? “Do we really want more ancient women on TV? And if so, perhaps we should examine why exactly? My feeling is that people of both sexes over the age of 60 should be doing different things”. Speak for yourself Liz, you’re not so far away from the mark.

And Liz will not take the hint: “with their loud cries for comebacks, Angela Rippon, Joan Bakewell and Selina Scott, who surely landed their TV careers due to their good looks (and, in the case of Rippon, great legs), remind me why this particular sort of older woman is a turn-off”. Marvellous. La Ripoff (for it is she) did not become a newsreader on account of her legs. But, as the man said, there’s more.

She now homes in on Joan Bakewell: “women such as Bakewell want to continue asking probing, important questions, which, once you are post-menopausal, turns you into a mad, impatient and slightly batty combatant”. Speak for yourself kid, I quite admire Joan, who continues to be sharp, witty, and well-informed. In any case, how do you come to this conclusion?

“I know this because this is what I'm like: I fly off the handle, I moan, I have no patience with men or with younger women, and I am intolerant to the point of wanting to punch staff in Sainsbury's who ask me if I have a Nectar card”. Terrible, eh? All those people who either don’t know who you are, or don’t care if they do. That ain’t anyone else’s problem, Liz, bar yours and yours alone.

So save us the catty remark about the highly sound Germaine Greer (“I would listen far more closely to what [she] has to say if only she could find her comb”), and the swipes at Mary Portas and Jenni Murray, and look to yourself. So Liz Jones gets uptight easily. What the heck does that have to do with older people appearing on the TV or being heard on radio?

All this tells us is that Liz Jones was credible once, and now she’s not. At all.
Posted by Tim Fenton at 13:25