Despite the perpetually thirsty Paul Staines telling recently how his gofers routinely obtain information from those they “sleep with”, the Guido Fawkes blog has a fascination with others’ sexual preferences and habits that would not come amiss in a Viz Finbarr Saunders strip. One can almost hear the “fnarr fnarr”, “kersnick kersnick” and “yik yik” from behind the keyboard on occasion. 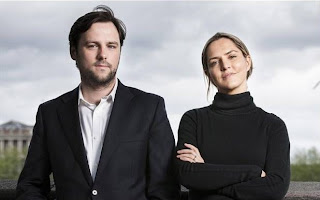 So it was with the story of Luke Bozier: the former advisor to Tone, who left Labour early in 2012, had set up Menshn with former Tory MP Louise Mensch. He was opinionated, determined, and apparently successful. He therefore made enemies, if only from the generation of sour jealousy. When Bozier appeared to have been looking for sex with underage girls last December, that sourness erupted.

First out of the blocks was the deeply unsavoury Milo Yiannopoulos at the thankfully now defunct Kernel Mag (note that, when splashing the original story, Yiannopoulos put his name to the post, but when it came to retracting part of it later, he demonstrated that no man is of perfect courage). Then came the “spab spab” brigade of The Great Guido.

After all, anyone making the journey from the Blair to Cameron camps was not to be trusted by the supposedly libertarian and ideologically pure Staines circle. So out came the “One almighty cock-up” jokes (Geddit?!?). After Bozier was arrested, we got “it’s being handled by the Police” (Geddit?!?), with the later bonus of “Luke says he is innocent, but then he also said he had a nine inch”. Fnarr overload!

Quite how the characteristics of someone’s manhood can make the difference between innocence and guilt is not made clear. But it was very clear to anyone seeking out the wisdom of The Great Guido that Bozier had done something wrong, so much so that the Fawkes rabble returned to the subject with a post entitled “Fifty Shades of Bozier” (Geddit?!?) in late March.

And then the Fawkes blog went quiet, and had remained so, on the subject of Luke Bozier. But Bozier himself has broken his silence: yesterday he posted “My legal situation. Not guilty. The end”. He went on “The worst of the content applied to my name was untrue. I am not and never have been a paedophile”. The matter has been concluded with Bozier accepting a Police caution.

Of course, that is not all: Bozier has had his life well and truly trashed by what turned out to be mostly down to malicious hacking of an email account. Who was behind this act is not known. But The Great Guido is not done crowing yet, posting a typically sneering suggestion regarding the sex offenders’ register. It’s strange how the worldly Staines and his pals have a problem with this sort of thing.

And the Fawkes rabble does enjoy a bit of innuendo. K-wooo k-wooo! Yik yik!!
Posted by Tim Fenton at 10:53

Love it, thank you.