There was no Prime Minister’s Questions (PMQs) yesterday, and so the odious Quentin Letts (Let’s not) was briefly at a loose end. Happily, an alternative was available: he could toddle along to City Hall, sit in on Mayor’s Question Time (MQT), and report on that instead. Sadly, that report failed to mention much of what went on – not that Quent tells his readers exactly why. 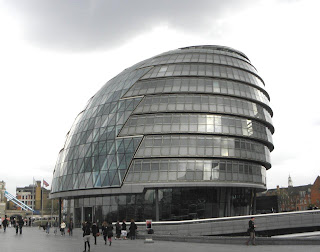 There is much flowery language, the customary excursion into the random nature of Bozza’s haircut (or not), and suitably partisan reporting of one exchange, that between the Mayor and Labour AM John Biggs. Letts asserted that members of the public present sided with Bozza. Dave Hill, of the deeply subversive Guardian, concluded that the Mayor was grandstanding. 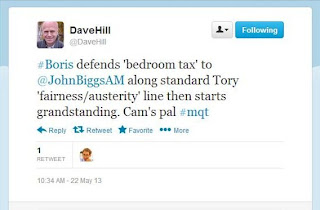 And Letts otherwise gives the impression that not much else happened: he picked up on a discussion over the London Living Wage – Bozza, to his credit, is an unequivocal supporter – and that the efforts to force a 50% turnout threshold in strike ballots had failed (though the Mail diarist does not tell readers that Bozza had banged on about this for five years, and all for nothing). 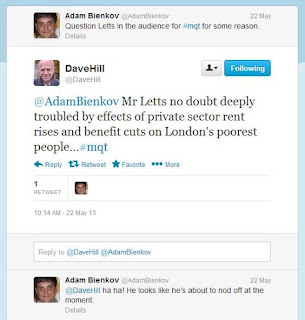 But, thanks to those who were not only present at MQT, but also picked up on Letts being in the building, we know that there was rather more to this session than appears in the Mail. A discussion on land-banking (Bozza wasn’t happy about that) and planning decisions doesn’t appear to have interested Quent, and nor does the subject of fire station closures. 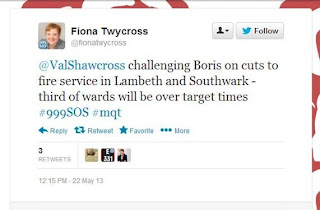 The latter is particularly important for many Londoners: while Bozza admitted that he probably wouldn’t look in on any consultations on these particular cuts, Labour’s Val Shawcross asserted that a third of wards will be over their target emergency response times as a result. Clapham, Southwark and Lambeth were mentioned specifically. But nothing from Letts. 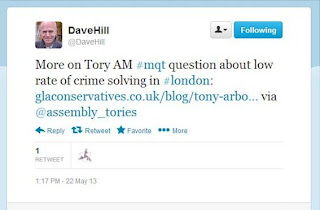 Nor was there anything in Quent’s missive about the wonderful new Boris Bus not meeting the requirements of the proposed Ultra Low Emission Zone intended to come into being in 2020. And nothing about the Met having one of the highest rates of screening out crimes in England, either. Why should this be? Ah well. London blogger Adam Bienkov has the answer. 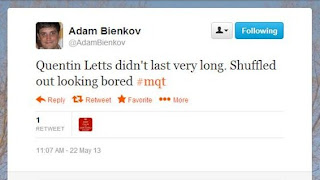 Yes, Quent got bored and walked out halfway through the session. And, if my observations at the Leveson presentation were typical, he wouldn’t have been taking notes. Hence the almost apologetic nature of his piece this morning: I do hope his legendarily foul mouthed editor will make a suitable deduction for this clear act of dereliction of duty.

Because this sloppy effort is yet another example of hackery that’s not good enough.
Posted by Tim Fenton at 12:58