Those of us who have lived and worked in the city of Bristol know all about traffic congestion: my apartment was in Clifton, around a mile and a half away from the office, but even when the rain fell and through the winter, the quickest and easiest way to get between the two was to walk. Bristol’s congestion is the stuff of grim legend. And then there is the problem of parking. 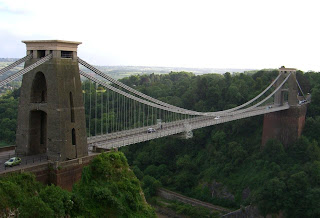 Parking a car in the central area is eye-wateringly expensive: there are three P+R schemes, which help to keep some of the car traffic out of the city, and a number of bus schemes including priority traffic lights and bus lanes, but the problem remains that the area was not designed to take the volumes of traffic that are shoehorned into its narrow streets every working day.

The Mayor and Council are working to extend residents’ parking schemes and parking permits, and here they have encountered the routine intolerance of Tim Newark, of the so-called Taxpayers’ Alliance (TPA), who has taken grave exception to the idea of paying for parking permits. This, he has proclaimed, is an additional tax, and will surely drive business out of the city.

What Newark does not seem to understand is that, without some measure of control, the situation would already have been far worse, and that, unless more measures are taken to move people away from car dependence and towards solutions that use less road space – or perhaps none at all – then everyone will suffer, and that includes Himself Personally Now.

Newark has compiled every negative quote and opinion about the situation that he can find, and regurgitated it in a characteristically negative, whining post which has one major flaw: he cannot say what he would do about it. Some of us have worked enough in Bristol over the years to remember that the snarl was even worse in the late 1990s. It was still grim six or seven years ago.

Sadly, the local rail network can only offer so much relief, and having Temple Meads station on the fringe of the centre does not help. I notice that Newark is not joining those campaigning for a restoration of rail services to Portishead: the weekday commuter run from there into central Bristol is legendarily bad. All the TPA is offering is whining and “I want to drive everywhere for nothing”.

And that’s not good enough. Public transport in Bristol is not good, but it is improving. Moreover, if the TPA really gives a damn about business, it might desist from advocating the kind of behaviour that puts many punters off bothering with visits to the city. The problem is that the TPA does not care about any of those people: their agenda is just to kick Government and thereby weaken it.

Tim Newark and his pals have no solution to offer. So no change there, then.
Posted by Tim Fenton at 17:57