It took several days to make the connection, but Political Scrapbook finally did what the Daily Mail and Sun managed not to: the figure of “Uncle Dick” in veteran BBC man John Simpson’s 1998 memoirs was Derek McCulloch, aka Uncle Mac, who for many years presented radio shows Children’s Hour and Children’s Favourites. The papers cited the year he died but managed not to name him. 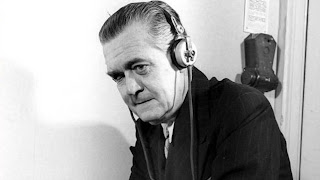 And that’s strange, given that there was no other possible candidate: nobody else had the length of service at the Corporation (McCulloch joined the BBC in 1926), or the role in presenting childrens’ programmes. What also makes the case of Uncle Mac more complicated is that, unlike Jimmy Savile, he was a married man with two children of his own. And he could play the war hero card.

McCulloch was badly wounded at the Battle of the Somme in 1916, and in the 30s he lost a leg after a bizarre accident that happened as he was preparing to alight from a Green Line coach. All of this, together with his status as another of those “national treasures” and “well loved” entertainers, no doubt worked in his favour whenever parents complained that he had molested their children.

What the case of Uncle Mac also throws into focus – not that the Mail and Sun have noticed – is that the idea that the BBC was turning a corporate blind eye to less than totally upstanding behaviour does not hold water when you then look away from radio to children’s television, and especially to Blue Peter, which had begun its long reign over the airwaves in 1958. 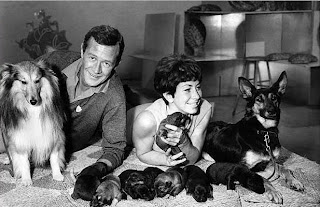 The programme’s first male presenter, who stayed until 1967, was Christopher Trace, who during the mid 60s was divorced by his wife, primarily over his affair with a younger woman while on an assignment abroad. Trace ostensibly resigned two years later, but the Beeb had been looking to offload him ever since the divorce, as this was considered unacceptable for a childrens’ presenter.

Think about that for a moment. Either the BBC considered child abuse less of an offence than an extra-marital affair, or the idea of corporate cover-ups really isn’t credible. Or, of course, the reason that Children’s Hour was taken off air for good in 1964 – there were even questions in Parliament – was that the Corporation knew about McCulloch’s activities and took the opportunity to stop his access to children.

McCulloch retired for good the following year – or maybe he was retired. Not that the idea will be so much as entertained by the Murdoch press, of course, but then, the Super Soaraway Currant Bun isn’t even bothering to try and find out – like it didn’t bother to join the dots and name McCulloch. And it’s a bit sad when the tabloids get their front page stories from several days old blog posts.

Still, it serves the BBC kicking agenda. No change there, then.

[UPDATE1 19 October 1225 hours: the Mail's resident churnalist Richard Littlejohn is clearly having problems with this Internet stuff, as he asks in his customarily tedious and unfunny column today "Who is the mysterious 'Uncle Dick' named by John Simpson as another serial BBC child abuser? Surely in the interests of full disclosure he should tell us".

Nothing gets past Dicky Windbag, does it?]

[UPDATE2 3 November 1640 hours: the Murdoch Sun has at last named McCulloch, but only after the London Review of Books did so. But the article, under the by-line of Stephen Moyes, manages not to mention that he was best known as "Uncle Mac" (hence John Simpson using the nickname of "Uncle Dick") until well down the page, nor that Children's Hour was taken off the air, and McCulloch retired, before he died.

The assertion is of course made that the BBC "turned a blind eye" to McCulloch's activities - perhaps it was not obvious enough, given they used the same photo as this blog post, that he actually had a blind eye (his right one) - as this suits their editorial line. But I stick by my previous analysis, that the Beeb knew about McCulloch's behaviour and used the declining ratings of Children's Hour, together with McCulloch's antipathy towards pop music, to shuffle him off for good.

But, of course, even if the Corporation was to open its files on him, and show that this was indeed the case, it would not be good enough for the Sun and Mail, which would immediately deride such a move as a cover-up. Such is the appetite of the cheaper end of the Fourth Estate for drawing its conclusions first and bothering to do the investigation some time later]
Posted by Tim Fenton at 15:55

I always thought that McCulloch was getting too old, out of date and curmudgeonly for children's programmes by the 1960s. I find it difficult to believe that Children's Favourtites was popular up to 1964 among children (which is what it says on Wikipedia). I think that he was a Reithian institution who was difficult to get rid of because he had been at the BBC forever, had been on the radio during the war and was seen to be a traditionalist trying to hold back the tide of pop music on Saturday mornings on the BBC. When Children's Hour finished there were questions in parliament. Removing him would have had the traditionalists up in arms.