But You’re Not A Conservative, Squire!

Back in 2008, on Nick Ferrari’s LBC Breakfast Show, there was a guest appearance from Susie Squire, then spinning for the so-called Taxpayers’ Alliance (TPA). Also appearing was (then) Labour hopeful Chuka Umunna. Ms Squire moved to scotch suggestions of partiality: “I’d like to point out that we’re independent – we’re not for the Tories or for Labour or for anyone”. 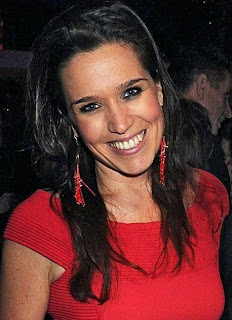 Umunna was unimpressed: “Let’s not beat around the bush here. The TPA is not an independent organisation in the way that the Institute for Fiscal Studies, for example, is. Its advisory council is a who’s who of discredited Thatcherite people. Margaret Thatcher’s former economic advisor, Sir Alan Walters, sits on their advisory panel ... all of the founders ... have a Conservative Party background”.

So Ferrari put the question. “Susie, are you secretly Conservative?” to which a faux-outraged Ms Squire retorted “I’m sorry, I’m sorry, I can’t have that – that’s outrageous! That’s just absolutely outrageous! Because we’re totally independent, we talk to everyone ... We talk to everyone who wants to talk to us ... We don’t have a party preference”.

Maybe not. But the TPA is part of the wider Conservative Movement, which aims to pull the Tory Party to the right and bring the ideological, boorish and intolerant mood of the US right-wing to the UK. Only today, Zelo Street has filleted another blatantly dishonest “report” from the TPA, which was in reality just another crude slice of union bashing. These are not disinterested political people.

And for someone who claims not to be a Conservative, Ms Squire is managing to move easily into Conservative circles and climb the Conservative greasy pole: after leaving the TPA in 2010, she passed through the revolving door and became Special Advisor (SpAd) to Iain Duncan Smith, as he was appointed Work and Pensions Secretary following that year’s General Election.

The amount of blatant misinformation coming out of the DWP was notable for its sheer volume in the two years following her arrival, but someone in the Tory Party must have been impressed, because she was made the party’s press chief at the end of May this year. And now Susie Squire has been appointed to the role of Young Dave’s press secretary. Not bad going for a non-Conservative.

This progress should surprise no-one: despite the protestations, Susie Squire has an impeccably right-wing CV: before the TPA she was employed by the Stockholm Network. Here is a triumph not only for her, but also that wider Conservative Movement. Expect more falsehood and misinformation to come out of 10 Downing Street in the coming weeks and months.

And expect an emboldened right-wing to try and repeat the ascent of Susie Squire.
Posted by Tim Fenton at 18:18

The amount of blatant misinformation coming out of the DWP was notable for its sheer volume in the two years following her arrival, but someone in the Tory Party must have been impressed

I really think the use of the word "but" here is needlessly facetious.