The rabble at the Guido Fawkes blog clearly believed yesterday that it was on to a winner: the Huffington Post UK had fixed on the corporate tax affairs of coffee chain Starbucks, revealing that they had traded in the UK for 14 years, had paid a grand total of £8.6 million in Corporation Tax in that time, and nothing at all for the past three years. So what was the problem for the Fawkes folks? 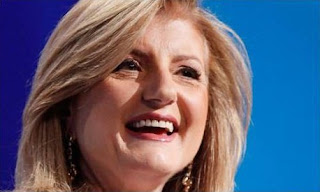 Arianna shows her grave concern at the Fawkes allegations

Well, firstly the HuffPo had got a story that the Fawkes blog hadn’t. Moreover, as I’ve noted previously, the site is getting more and more popular and – uncomfortable as it may be for some – more trusted. The perpetually thirsty Paul Staines, his tame gofer the odious flannelled fool Henry Cole, and newly appointed teaboy Alex Wickham, scored a measly 4% positive trust score in a recent poll.

And on top of all that, despite the efforts of the Fawkes rabble and their Stateside pals, the HuffPo appointed Mehdi Hasan as its political editor recently, and has not sacked him. So there had to be a counterblast to the Starbucks story, which Wickham was instructed to cobble together. This asserted that the HuffPo were hypocrites as their parent company is registered in Luxembourg.

So far, so predictable, but the unintended foot-in-mouth moment was in the detail. Wickham also asserted “Another headline clearly demonstrating how Mehdi Hasan’s appointment has shifted Arianna Huffington’s website markedly to the left”. So it can be concluded that (a) going after Starbucks’ tax affairs is a leftie thing, and (b) one would expect the Fawkes blog to be equally quick to jump on anyone else doing it.

And both conclusions were shown to be, as with so much Fawkes product, infinitely flexible this morning, as the mouthpiece of Staines’ favourite serving editor, Paul Dacre – yes, the right-leaning Daily Mail – went after Starbucks while the Fawkes folks remained totally schtum. First came a “news” item telling of “Fury over coffee giant’s clever accounting techniques”, and then came the “comment”.

That was particularly scathing: “It is the stench of corporate hypocrisy”. The piece savages Starbucks’ ethical outlook. Then there is a killer quote: “this vastly wealthy, insufferably smug corporation, which wields so much power that British politicians do not dare to stand up to it, goes to inordinate lengths to shield its profits from paying a reasonable rate of tax, as almost every one of its customers has to do”.

So, Fawkes folks, let’s see you denounce the Daily Mail as having “shifted ... markedly to the left”. It won’t happen, of course: the only reason for having a pop at the HuffPo is to try and pull it down a peg or two and do some damage – with a side order of smearing Mehdi Hasan. There’s no consistency or principle at work here, just a cynical attempt to profit not by improving themselves, but by kicking others.

It won’t work. And Arianna won’t take any notice. Another fine mess, once again.
Posted by Tim Fenton at 11:03