LUCKHURST – NOT WAVING BUT DROWNING

The Hacked Off campaign has commissioned an online poll from YouGov to gauge the public mood on future press regulation. The sample size was relatively large, at over 2,800 respondents. The responses obtained demonstrate that the idea that few care about this issue is at best questionable, and at worst utter claptrap. Over three quarters preferred an independent regulator backed by law. 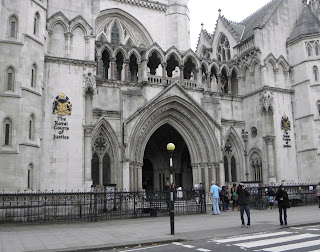 By two to one, respondents trusted Lord Justice Leveson to “make fair and effective recommendations”. Over three quarters said it was not acceptable in the wake of recent events for owners and editors to control the complaints system. As to whether the Government should implement Leveson’s recommendations, the margin of approval was almost ten to one.

As to the correction of inaccurate stories, 68% said papers should do more to ensure this happened, against 9% who did not. These numbers are not merely in favour of a system different to what exists today. They demonstrate that the public has lost faith in the newspaper industry’s ability to keep its own house in order. The drinking in that mythical last chance saloon has gone on long enough.

Sadly, this news has not been universally well received by those in and around journalism, and especially our old friend Professor Tim Luckhurst, who must be causing those at the University of Kent to wonder if it would not be better for all concerned if he were to just keep schtum, especially on Twitter. The Prof has found forthrightly and adversely on the poll. 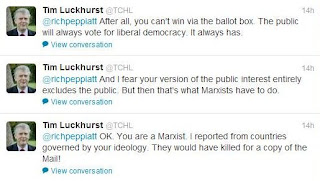 His comments on the size of the majority in favour of an independent regulator started with “yes, but hanging” and quickly moved to denounce the poll as “propaganda”. Hacked Off, he asserted, were wrong. Former Daily Star man Rich Peppiatt was denounced as a “Marxist” (predictable, as he had already called me an “Authoritarian”). There would be an end to press freedom. 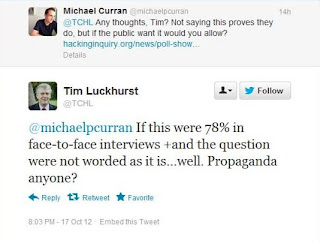 Statutory framework would mean more Government interference. Ofcom meant impartiality would be imposed (it wouldn’t, of course – Luckhurst deliberately selects a feature of the broadcast regime, rather than the way it operates). Campaigning papers would be silenced as if by diktat. But this is complete crap, and the Prof chooses yet again not to address the real issues. 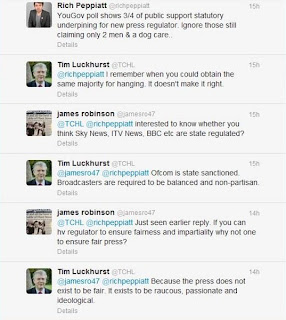 The present system allowed the Daily Mail to carry out a thoroughly wicked campaign against the Taylor sisters and get away with it. It excuses the likes of Richard Littlejohn when he lies, on the grounds that “it’s comment so that’s OK”. It does nothing about the packs of journos pursuing young women. It does nothing about Islamophobia. It provides no adequate redress. That’s not good enough.
Posted by Tim Fenton at 11:17