Spurred on by a commenter who pointed out that arriving in Liverpool at Lime Street Station – as I urged Iain Dale to do next time he visits, as I’m sure he will – would mean mentioning St George’s Hall, I concede that the photos in my first effort did not paint the full picture. So here are more views of the city, and a trip across the water to Birkenhead. 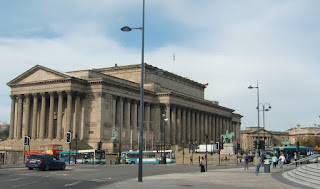 And to kick off, here is St George’s Hall, listed at Grade I and described by Pevsner as one of the finest Neo-Grecian buildings in the world. It is part of the UNESCO World Heritage Site. Behind and to the right of the hall can be seen the Walker Art Gallery, which is listed Grade II*. 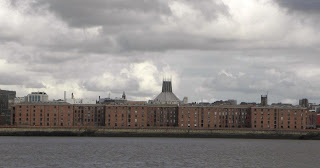 Down on the waterfront is the restored Albert Dock complex, the largest single collection of Grade I listed buildings anywhere in the UK. In the background can be seen the Liverpool Metropolitan Cathedral, dating from the 1960s, listed Grade II* and known affectionately as “Paddy’s Wigwam”. 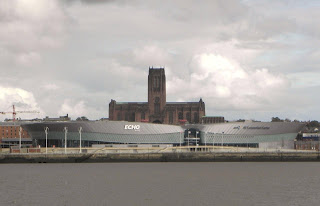 Adjacent to the Albert Dock is the rather newer Arena and Conference Centre, where this year’s Labour Party conference was held. In the background is Liverpool Cathedral, designed by Giles Gilbert Scott in the Gothic Revival style and listed at Grade I. It was stated before World War 1, but only finally completed in 1978. 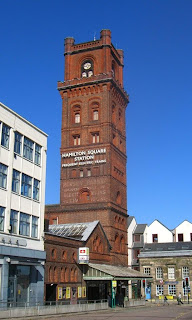 Crossing the water to Birkenhead can be done using the Mersey Ferries, but more frequently by rail. The tall lift tower of the town’s Hamilton Square station is a local landmark, and clearly visible from the Liverpool side of the river. 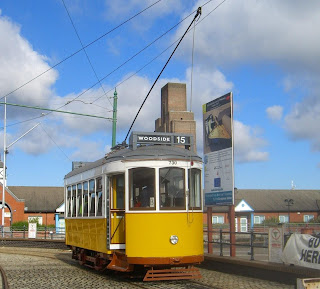 From the ferry terminal at Woodside there is a heritage tramway running into the adjacent business park, through the former dock area. Waiting at Woodside is a former Lisbon tram, recently restored by the local transport museum. 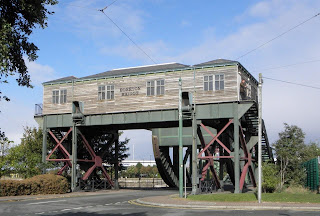 Also recently restored is Egerton Bridge, a single leaf bascule bridge which crosses the former Wallasey Pool. The docks, though, have lain derelict for many years, although there is a scheme to redevelop the area.

So more to explore in and around Liverpool, and that’s without mentioning the shopping, restaurants, bars and all those other memorable buildings – like the Town Hall, another listed at Grade I. Time for Iain Dale to reconsider his judgment?