Today, to back up its preposterous suggestion that the BBC has “jettisoned” the use of Anno Domini in the expression of dates in favour of “Common Era”, the obedient hackery of the legendarily foul mouthed Paul Dacre has been joined by the preening and sneering James “saviour of Western civilisation” Delingpole, who has penned a magnificent drivelfest on the matter. 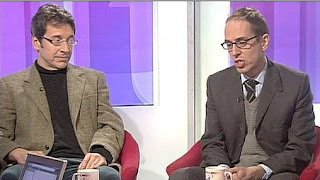 Monbiot observes a sneerfest in the raw

Del Boy says that the Beeb has fallen “for a Marxist plot to destroy civilisation from within”, thus setting a modest and thoughtful tone at the outset. He asserts that “all reference to Christ has been expunged” by the Beeb, then gives the source of this plot: “the Q&A page on the section of its website bbc.co.uk/religion”, and tells that the BBC is doing it to be “in line with modern practice”.

Needless to say, there is no Q&A page on the bbc.co.uk/religion site, and few references to “Common Era”, or CE, one being on the BBC Northern Ireland page. Oh, and there’s one article from December 2009 that uses CE without using AD. Those who know Del Boy and recall his use of the “Littlejohn Defence” against a recent complaint made to the PCC will not be surprised.

What will also cause no surprise is the tsunami of pejorative language: “the BBC’s weaselly, passive-aggressive excuse”, “a tiny minority of politically correct busybodies have wormed their way into ... the BBC and taken control”, “Their goal is to create a world where Left-wing thinking ... becomes the norm”, and the inevitable “capture of the language for political ends ... George Orwell”.

And Del Boy knows who’s behind this dastardly plot: it’s Herbert Marcuse. Who he? Well, he was a German-born philosopher who not very many people have heard of, but as Del Boy is so incredibly clever, he’s heard of Marcuse and just knows that he done it. And those he indoctrinated don’t know they’ve been brainwashed. And they’re all at the BBC. Scary stuff! 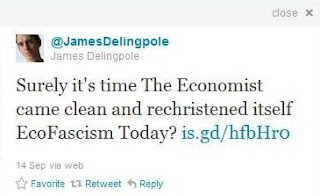 Gentle and subtle, isn't he? 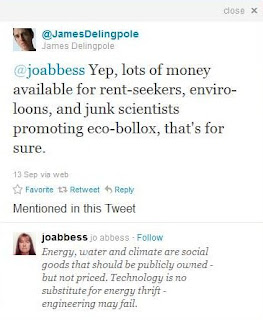 But Del is, in reality, a sensitive soul. You might not know it from his bombastic denunciation of the Economist, or the aggressive and abusive response he Tweeted to Jo Abbess, who had the temerity to express an opinion. 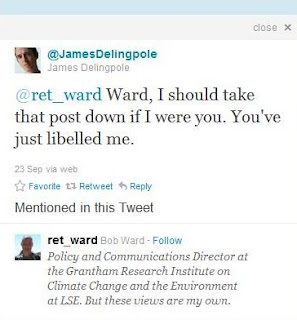 Yet, when the boot shows the merest sign of being on the other foot, Del Boy is more than happy to call out others for supposed libel. This from the author of a piece in the Mail full of invention, abuse and more of that sneering nastiness that is the trademark of someone who claims that it is his opponents that want to shut him up.

Anyone could get the impression from his articles and Tweets that James Delingpole is just another thin-skinned stinking hypocrite. So ideal Mail material, then.

I'm glad I'm not the only one who cannot find this very essential link on the BBC website. The link from which Delingpoles column, a Sunday newspaper headline, 1000 comments of Mailonline anger and millions of Mail readers accross the country who are probably today even more angry at "bloody muslims" and "political correctness gone mad"

There is, actually, an FAQ hidden away on the BBC's Religious and Ethics website and one of the questions relates to the use of BCE/CE instead of BC/AD. Considering Delingpole was writing an article for a news website, there was no excuse for him to not include a link.