Guido Fawked – One In The Eye

Back in 2007, Paul Staines, who styles himself Guido Fawkes, bragged that “When I call up a minister’s office, you can hear them go ‘Oh shit, it’s Guido’”. Two years later, the talking-up and mythmaking continued unabated: Staines’ pal Matthew “Gromit” Elliott of the so-called Taxpayers’ Alliance (TPA) told the Guardian that The Great Guido had “almost killed off Private Eye”. 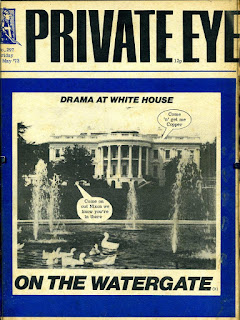 Both these august pillars of Libertarianism were, however, talking complete crap. The TPA and Staines have since demonstrated just how little clout they really carry with the lamentable failure of the “Rally Against Debt”, which was meant to counter the TUC’s March For The Alternative – attendance 500,000 – but which managed a measly 350, including speakers, hacks and snappers.

Since that heroic event, the TPA has decided to demonstrate that it really is a grassroots organisation, organising a day’s campaigning in the Manchester satellite town of Ashton-under-Lyne. The number of grassroots supporters could be counted on two fingers, which coincidentally summed up the response of the locals to the unwarranted intrusion into their Saturday shopping. 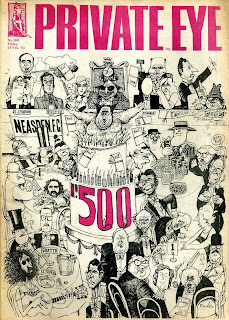 Things haven’t exactly gone well for Staines either: his campaign to “get” the appalling Piers “Morgan” Moron has been a total failure, and his latest attempt to tweak Trinity Mirror over a sacking back in 2006 fell flat after he couldn’t even get the year of the event right. And two supposedly cast iron complaints about Chris Huhne’s election expenses were both thrown out. 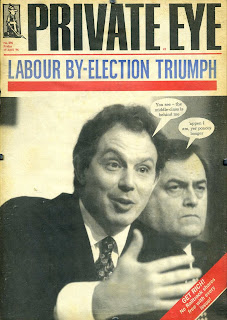 The Fawkes blog was, last week, reduced to publishing speculation about the BBC Question Time audience – and once again Staines and his tame gofer Henry Cole got it spectacularly wrong. But Private Eye, which had been supposedly “almost killed off”, has enjoyed rather better fortune. The fortnightly title garners over 100,000 sales in subscriptions alone, for starters. 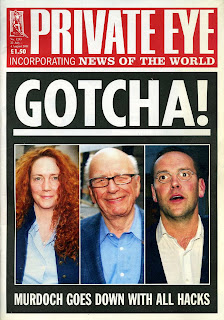 Sales average over 200,000, with Issue 1293 – celebrating the demise of the Screws – scoring over 250,000. Owning company Pressdram managed a profit of over £200,000 last year – that’s after paying contributors. And, to celebrate the Eye’s fiftieth anniversary next month, there is a Private Eye display at the Victoria and Albert Museum starting on October 18.

“Almost killed off”? Not a chance. There’s more likelihood of hell freezing over than of Paul Staines and Henry Cole, the Laurel and Hardy of the blogosphere, causing any damage to Private Eye.

Perhaps he was feeling 'tired and emotional'?

Heavily refreshed indeed. We now await the Curse of Gnome to visit Staines & Cole. Would anyone notice, though?