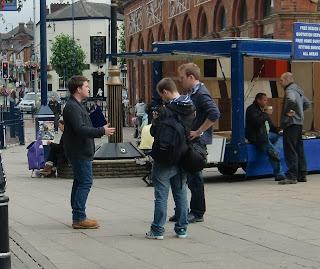 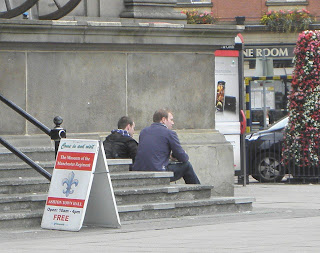 Well, reading the "exploits" of the so-called taxpayers Alliance has certainly brightened my day! Thanks!

Lazy TPA ... it's all Bill "no mates" Billington's fault!

Well done the TPA, their 'spread the truth style' information campaign is worthwhile. Especially seeing as so many of the British public are ignorant and/or apathetic.

You must remember that this is Tameside whose council was exposed in 2008 for meeting local editors and suppressing news stories.

These facts need to be remembered when discussing any political activity in Tameside ie the level of underhanded methods employed by the local Labour Party.

Holding off publishing a story to avert potential disturbance isn't "suppression". And you provide no proof of these "underhand methods", nor of how this may be connected to the Council (the Labour Party and Tameside MBC are two separate entities).

If there is evidence of wrongdoing, then you have a clear route for reporting it. I suggest you do so if you want to get noticed - running a series of nudge-nudge posts and otherwise carping will not progress your cause.

I did not want to clog up your blog with links but since you require proof here it is.

The result of my FoI complaint:-

And the first proves only what I already said: that holding off publishing does not amount to "suppression". In the case shown, there were good reasons for not publishing, and that should be obvious to all.