Adverts need photos. Well, adverts could be put together without them, but then, the ability to catch the eye would be diminished. But having a photo professionally shot for every occasion means serious extra expense – so here the library of stock photos enters.

It’s easy: you choose a photo that suits the kind of advert you’re going to run, put it together with the text, and you’re away. But – and there is inevitably a but – you may not be the first to use the photo. In fact, given the demand for suitable photos, that several others have used it beforehand is a racing certainty. 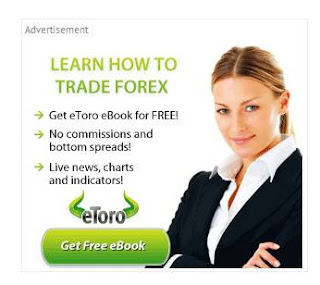 This may or may not have occurred to whoever composed the advert for eToro, which at present is appearing on TwitPic. On first glance this looks OK: online trading site uses photo of smartly dressed and assertive looking young woman to project a positive image.

Problem is, the credibility of the image is only as sound as the first time the viewer saw it. And the bad news for eToro is that one previous user of that photo is Cheshire East Council. But what would a Council do to make the image less credible? 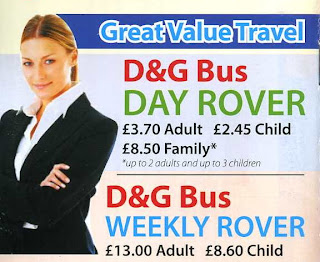 ... or maybe not
Well, how about using it on the back cover of the October 2009 Crewe area bus guide (D&G Bus are a local contract operator)?
Posted by Tim Fenton at 17:26