Gosh Readers, It’s All Going Down The Tube!

The London mayoral election may not be due until next year, but the war of words between former incumbent (and challenger) Ken Livingstone and occasional City Hall visitor Alexander Boris de Pfeffel Johnson is gathering pace right now. One issue generating heat, if not light, is that of the Underground, and particularly its recent reliability – or apparent lack of it.

At issue is not only the recent spate of high profile train and signal failures, but also the thought that Bozza is not “getting a grip”, that public transport generally, and the Tube in particular, lack the total support of a Mayor whose appearances on the system suggest he is not as regular a user of it as Livingstone – or a large number of the voters.

So what is ailing the Underground? Well, the Central Line, having had a less than fun time in the 90s sorting out its then new fleet of trains, is now enduring occasional but persistent problems with its Automatic Train Operation (ATO) system: typical of this was a double failure last month. ATO is also introducing a level of unpredictability to the Jubilee Line: this too has exasperated Bozza. 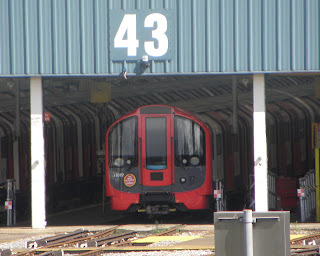 2009 Stock - not trouble free
On top of these problems is the introduction of new trains on the Victoria and Metropolitan Lines. The original Victoria stock could be trialled before the line opened in the late 60s, but the new 2009 Stock has not enjoyed that luxury, with the result that failures have been very public and – given the very heavy loadings on the line throughout the day – very disruptive. Plus there is a new ATO system to come after the new trains are all in service. 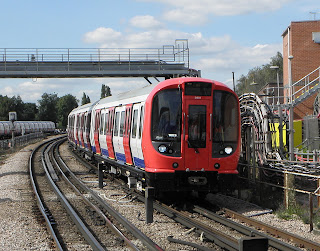 Things have so far gone better on the Metropolitan, which will give Bozza some comfort: the new “S” Stock will eventually replace existing trains on the Circle, Hammersmith and City, and District Lines too. And, although the Met has the lowest usage of any Underground line, it runs into the most affluent and influential suburbs, like Amersham and Moor Park. It’s not good to antagonise people from Moor Park.

Can Bozza do more to influence matters? Sadly, not much, but his lack of closeness to the travelling public means he is less likely to pick up on their concerns – including seeing reliability issues before they become seriously disruptive – until something has kicked off and the media are on his case.

And, although he can’t personally force the doors on the 2009 Stock to stop inducing train failures, he is ultimately responsible for the whole enterprise: the buck stops with him. Bozza could start by doing a Ken, travelling on the system and talking to its long suffering users, but his lifestyle might have to undergo some adjustments. Whether that happens will show if he really cares about London, and Londoners.
Posted by Tim Fenton at 11:24