After yesterday’s singularly dreary Budget, our free and fearless press had to latch on to something in order to cheer for Theresa May’s beleaguered Government. There had to be one scrap of optimism for them to take and run with, to try and persuade a few of those floating voters back to The Blue Team. And they found it in Philip Hammond’s decision to scrap Stamp Duty for first time buyers on house purchases up to £300,000. 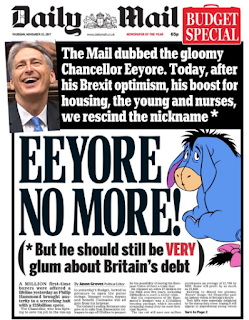 The Mail, in a rambling and self-justificatory headline, told of Hammond’s “boost for housing” and claimed “A MILLION first-time buyers were offered a lifeline yesterday as Philip Hammond brought austerity to a screeching halt with a £25 billion spree”. The increasingly downmarket Telegraph agreed: “Helping half for first-time buyers - Hammond sells ‘dream’ of home ownership with stamp duty cut in optimistic Budget vision”. 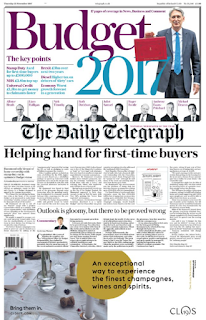 And the Murdoch Sun brought readers such not even slightly side splitting gems as “HOUSE ZAT”, “Hammond’s aid for young”, and “Stamp Duty axe to help 1m”, backed by a fantasy editorial claiming “Chancellor Philip Hammond has at last delivered a Budget for Sun readers … the Budget WAS packed with measures we called for and which will put more cash in our readers’ pockets”. Do go on. 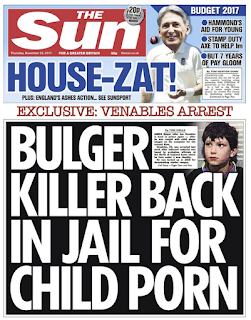 “His fuel duty freeze is a victory for our campaign … Booze is frozen too … There were decent hikes to the minimum wage and tax-free allowance … The Chancellor’s railcard for 26-30s is a great boost for Millennials. So is the abolition of stamp duty for first-time buyers on homes up to £300,000”. Yes, Vision And Boundless Hope And Optimism in spades.

Well, I hate to pour cold water on this love-in among those who scrabble around the dunghill that is Grubstreet, but the idea that Spreadsheet Phil’s Stamp Duty cut will bring another million first time buyers onto the property ladder is complete crap. I can say this with some confidence as the Office for Budget Responsibility’s assessment says so.

As the ever-vigilant Jo Maugham has pointed out, the relevant paragraph of their Budget analysis includes this nugget: “The costing assumes a small number of additional first-time buyer purchases (around 3,500)”. And how much will it cost? The Government’s own figures show that, between 2017/18 and 2022/23, the measure will generate a cumulative cost of £3.19 billion. Or more than £900,000 for each additional first time buyer.

So what of the mythical million? Sure, over that period there may well be another million first time buyers - but what the Government’s own figures, and the OBR analysis, show is that the vast majority would have entered the housing market anyway. The right-wing press has seen something that looks too good to be true, and guess what? Yes, it once again was too good to be true. And once again they fell for it.

On top of that, the OBR has admitted “It is also possible that non-first-time buyers will abuse the relief. The measure is expected to increase house prices”. But will it cause more houses to be built? As if you need to ask. The guaranteed addition to the housing stock is, sadly, a big round Zero. This measure is a money-wasting gimmick.

What you will not read in the right-wing press. No change there, then.
Posted by Tim Fenton at 09:59

As if there isn't enough life long tragedy for James Bulger's parents to bear.

As for Hammond - Never trust a man who hisses through his teeth every time he opens his mouth. Especially a tory and especially The Temporary Hissing Lizard in number 11.

The Scum and Hammond, exactly right for each other, both despised by anybody with a sense of humanity.

Hammond and vision in the same sentence.........Surely there must be some mistake.

Despised by anyone with an IQ greater than their shoe size