The old adage that says something that looks too good to be true probably is too good to be true holds true once again as a number of people get rather over-excited at the thought the referendum on Britain’s membership of the EU may have to be re-run. The suggestion is that the campaign leading up to the vote was so tainted by dark money - dark Russian money, even - that the result could not be declared to be “free and fair”. 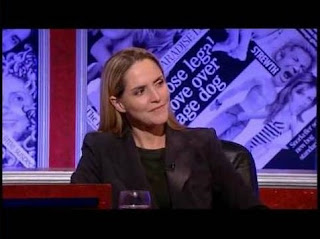 But even before knowing who is spreading this highly creative retelling of recent history, one simple point undermines the claim. For some reason, the Cameron Government did not make the result of the referendum binding. It was therefore merely advisory. So the vote can have been as corrupted as hell, because what is being done now is merely the present Government choosing of its own volition to actually proceed with leaving.

Still, let’s look at the underlying article, with emphasis on the “lying” part. “Multiple sources with links to UK intelligence report that Russian corruption of the Brexit vote is far worse than previously thought. The referendum on remaining part of the EU received so much illegal foreign money and influence from Russia, these sources say, that UK intelligence is minded to recommend to Theresa May’s government that the Brexit vote be redone”.

These sources only exist, sadly, in one person’s head. As Rolf Harris might have asked, can you tell who it is yet? Let’s look a little further. “The level of money and the reach of the fake bots and targeted data funded by Russia, using Cambridge Analytica, sources said, was so great that MI5 and MI6, the UK’s versions of the FBI and CIA, did not believe that the Brexit referendum could have been said to have been ‘free and fair’”.

Very good. Yes, Cambridge Analytica was involved, as were bots, and probably targeted data. But taking that and moving rather too swiftly via assigning the dark money to Russia and chucking in MI5 and MI6, then coming to the conclusion shown, is over-inflating the soufflé way beyond the limits of its viability. And it got worse.

For instance, we are told “there was major anxiety within the British government - among all major parties - of politicians’ links to the Russian state being exposed … The resulting scandal could be worse than the ‘MPs’ expenses’ scandal of 2009”. Well, there is the UKIP mob, but they don’t have any MPs now. And that’s it, give or take John Whittingdale.

Could it get worse? It certainly could: “Russia piled into the Scottish independence referendum on behalf of the SNP; the former SNP leader, Alex Salmond, has just accepted a chat show on the UK version of Russia Today, Putin’s state propaganda channel”. Shine a light. Salmond going on RT does not equate Russian money in the Indyref.

By now, instead of Remain fans thinking their birthdays had all come at once, some should have been twigging that this was a none too fresh pile of steaming bullpucky they were being served up. And one look at the blog name - Patribotics - should have set alarm bells ringing. The sound would have been deafening as soon as the author was identified - none other than (fortunately) former Tory MP Louise Mensch.

This story is total speculative baloney from start to finish. There is no legal mechanism for a repeat referendum. Her “sources” are mostly fantasy. And she’s a diehard Leave supporter. Louise Mensch is trying to pull a cruel con trick. No change there, then.
Posted by Tim Fenton at 16:35

There must be some evidence somewhere that the Russkis are the cause of absolutely everything that's fucked up in the West.

Either that or it's all a load of......well, bollocks, actually.

There is quite a lot of evidence dug up by, among others Carole Cadwalladr for The Observer and JJ (James) Patrick for Byline.

None of that is EVIDENCE. It is ASSERTION AND ALLEGATION drawn from QUESTIONABLE SOURCES.

Questionable sources include, amongst others, the CIA and MI5/MI6 and their contract agents, each of whom in the past have carried out false flag attacks, destabilisation/invasion of other governments and countries, committed or supported mass murder and genocide and conducted corruption "operations". Such mindsets are capable of anything anti-democratic, even fascist. Would you like a list?

The FACT is NO EVIDENCE has been produced. If it existed it would be splashed all over monopolised global media. After all, the West by hook - more probably by crook - has to get its hoodlum hands on Russian oil and gas resources.

If the Russian government is guilty of "interference" in elections and referenda I would want the guilty parties in front of an OBJECTIVE ICJ. Just as I would like to see the USA and Britain there to face charges of mass murder, warmongering and theft of natural resources. Would you like a list of those too?

It may or may not be proven fact, but it's undeniably evidence.

THE LAW REQUIRES A FACT.

Without evidence how are facts established?

What law, by the way?

You got any facts at all?

You're welcome (in advance).

I would leave Anon to his quest for hard evidence I don't think he will believe any from this side of the former iron curtain.

One man's ceiling is another man's floor.

And one man's questionable sources are another's beyond reasonable doubt.

Cue another Chomsky history lesson and how Putin is hard done by.

It's another point of view and he's welcome to it.

How is fact established without investigation of evidence?

Seems to me any McCarthyism is entirely yours; 'facts' without evidence were Tail Gunner Joe's stock in trade.

You seem to own sophistry too. And obfuscation to boot.

Got any facts yet?

They would be welcome.

Anon does have a point.

Trump, Farage, Banks & their associates (some in foreign parts) have utilised the irrational fear of immigrants, especially followers of Islam, just as McCarthyism inculcated an irrational fear of communism in the US in the 1950s, in their quest to install their own brand of kleptocracy in the west.

Cue Anon for the last word 'twas ever thus.