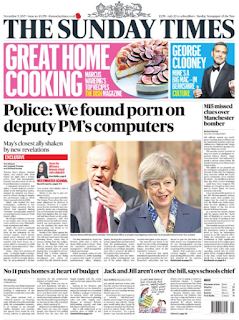 The kind of offence that would be punishable by summary dismissal in many workplaces around the country is, in the looking glass world of Parliament, merely a starting point for arguing the toss about the legitimacy of the messenger bringing Green and his party this less than totally welcome news. And the deputy PM’s response has been amateurish. 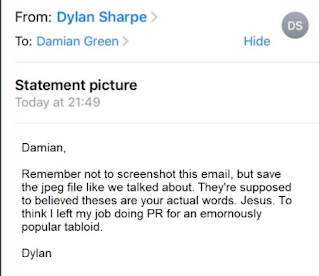 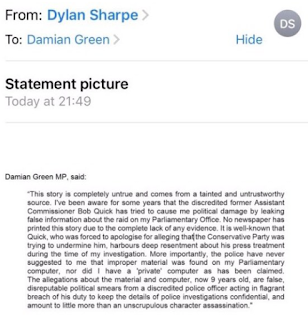 Sadly, Green’s response, and that of his clueless SpAd Dylan Sharpe (employing the former PR for the Sun, whose idiocy and accident-prone nature was well known is one of those more serious errors of judgment), has verged on the farcical. Sharpe emailed Green with a prepared statement. But he also made another of those errors of judgment.

So we know he told Green “Remember not to screenshot this email, but save the jpeg file like we talked about. They’re supposed to believe theses [sic] are your actual words. Jesus. To think I left my job doing PR for an enormously popular tabloid”. Christ on a bike, that is bad. I mean, he could have been a lumberjack or something. But Green soon made it worse, by failing to separate that jpeg file. 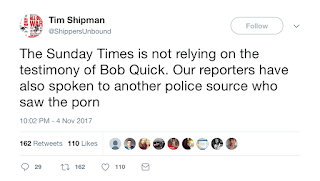 Shipman’s name does not appear on the by-line, but given the nature of the story, it would have been inconceivable that he had not been aware of what was going into that article. It also shows that Dylan Sharpe, rather than ringing round a few people and finding out how well-sourced the allegations were, just shot from the hip and thereby dropped his minister in the mire. Tory MPs are already calling for Green to step down.

As to whether he will resign, it inevitably takes time for the realisation to sink in with the target of the attack, and the Prime Minister. Only after that will Green Do The Decent Thing and volunteer to be left alone in the proverbial study with the loaded revolver and bottle of reassuringly expensive malt whisky. But Do The Decent Thing he will.

Dylan Sharpe can start looking for another job. Because his boss is now a dead man walking - helped on his way by a terminally useless SpAd. No surprise there, then.
Posted by Tim Fenton at 10:59

you have published a spoof image by @hrtbps

Does this mean Green will be sacked from the front bench next to the Vicarette? And his designated task of working her with his hand up her arse? And if his judgment is shite for employing a Scum neoNazi as PA......What about May's for employing HIM?

Gives a whole new meaning to the Domino Theory.

At this rate the cleaner at Downing Street is going to be the next leader of the tories, especially if it's a Scum-reading cockney. Or the hooray henry equivalent, Boris Johnson.

Bloody hell, this is almost too funny for words. Remember all the "strong and stable" bullshit?