Hypocrisy To The Max

It is sad, though fascinating, to see those who still retained some journalistic credibility prepared to spray it up the wall in a single vain and desperate act. So it has been today with Max “Hitler” Hastings, former editor of the Telegraph and Evening Standard, but now reduced to turning out opinion pieces in the service of the legendarily foul mouthed Paul Dacre.

The Vagina Monologue has decreed that today’s public sector strike action is A Very Bad Thing. Therefore his assembled punditry must reflect this line in their variously informed commentary, and Hastings duly obliges him. So readers get “Of course, Britain should value its nurses, teachers, policemen and infrastructure workers, but a lot of unnecessary jobs must go”. 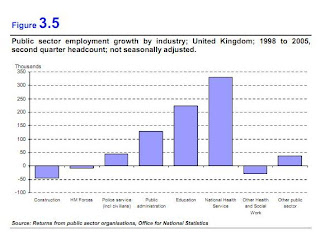 What are these “unnecessary jobs”? We are not told. But they are clearly out there somewhere. By inference, they have been created by Pa Broon during what Hastings calls his “spending rampage”. But, as the ONS has shown, most of the growth in public sector jobs between 1998 and 2005 (for instance) came in the NHS and Education – as promised and put before the electorate. Twice.

And Hastings clearly believes that anyone working in the public sector enjoys “inflated earnings and unsupportable pension rights”. That this is coming from someone who has enjoyed a generously remunerated past and does not need to work is singularly obscene: Hastings does not know what it is like to face retirement with the prospect of sinking below the poverty line.

Because that is what is in store for many public sector employees. But Hastings does not allow this thought to enter, and adds insult to injury as he calls them “idiotic as well as shockingly selfish”. So the word from Paul Dacre, as relayed by his obedient shilling-takers, is that those who have the temerity to object to being condemned to a retirement in poverty are “shockingly selfish”.

What a contrast with the Vagina Monologue, whose personal pension has had millions pumped into it over recent years, and who will be able to retire on an income well into six figures, as will Max Hastings. As will Richard Littlejohn. As will many more of those who scrabble around the dunghill that is Grubstreet. What a repellent bunch of stinking hypocrites.

One would have thought "newspaper columnist" was the very dictionary definition of an "unecessary job"!