Manchester After The Storm – 1

The City of Manchester is clearing up after the rioting and looting. Today shoppers were out on the streets, the buses and trams were running normally, and there was a discreet but significant Police presence: many of those on duty were working double shifts. These two posts show some of the aftermath, and the kinds of businesses affected. The judgment I will leave to others. 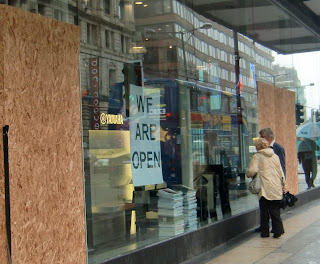 Dawson’s musical instrument store on Portland Street has a lot of glass in its frontage, and given the stock on display would have been a prime target. As the notice says, they were open. 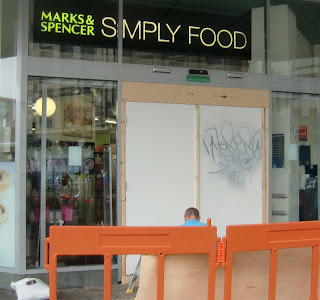 Boarding being cut and applied at the Marks and Spencer Simply Food outlet opposite Piccadilly Gardens bus station. This shop, too, was open.

At the south side of the Arndale Centre, Jessops was boarded along almost the whole of its frontage, but was open for business. 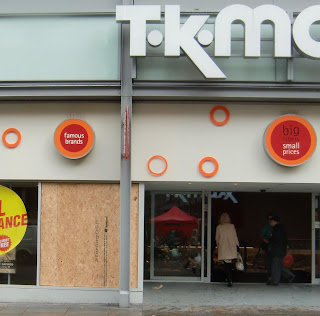 Arndale Centre, west side, and typical of the seemingly random damage is this by the entrance to TKMaxx. 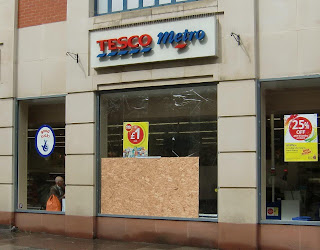 And opposite the Arndale, this Tesco Metro store did not survive unscathed, but it too was open.