Iceland have helpfully provided curious readers with a potted biography of CEO Malcolm Walker, where his founding of the chain, its rapid growth, its loss of direction, and his cavalry-like return to save the day are all dutifully presented. But one thing is missing, and that item is his relationship with reality and his ability to open mouth and insert boot in short order. 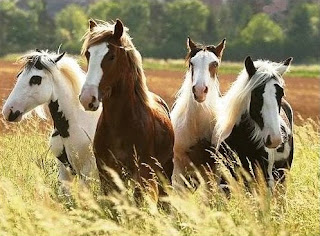 As I pointed out yesterday, while the head man at the Co-Op was being of generous candour in admitting that retailers had nobody else but themselves to blame for the horsemeat scandal, Walker went on The Andy Marr Show (tm) and tried to dump the whole business on local Government, demonstrating a lack of knowledge on what his target actually did.

For starters, local Government does not buy food for hospitals or prisons, as Walker asserted. Nor was his recollection particularly good when it came to how much horsemeat had got into supermarkets (he said it was merely cross contamination, but several retailers had found significant amount of horse flesh in their products, as well as those manufactured under other labels).

Nor has Walker shown any sign so far of recanting, but he may have to reconsider his stance following the attention he is now receiving in the press, especially that from the obedient hackery of the legendarily foul mouthed Paul Dacre at the Daily Mail, where Walker’s assertion that Iceland does not sell “cheap food” has been exposed as a sham in an unflattering product comparison.

The Mail kicks off by quoting Walker’s words “I don’t eat value food because it doesn’t contain much meat” back at him, followed by a table comparing the pork content of Iceland sausages with that of the cheapest offerings from Asda, Sainsbury’s, Morrisons and Tesco. The latter four range from 32% to 40% - but Iceland lags well behind all of them at just 27%.

Oh dear. And it gets worse: Walker also delivered the observation “OK, you can say we haven’t been testing for horse. Well, why would we? We don’t test for hedgehog either”. Quite apart from testing for horse being in the category of the bleeding obvious, his flippancy, coming on the back of showing serious ignorance of the subject, is not going to benefit the Iceland brand one bit.

Some of those comments made about local authorities may provoke more than condemnation if Walker doesn’t have second thoughts and withdraw them, especially if he can’t stand up his talk of “dodgy cutting houses and backstreet manufacturers”. And catering suppliers might not take kindly to having their reputation trashed in an effort to get the public to “look over there”.

I wonder if Malcolm Walker has heard of Gerald Ratner.
Posted by Tim Fenton at 17:47