The poor dears at the Guido Fawkes blog are under attack, or so the perpetually thirsty Paul Staines, the odious flannelled fool Henry Cole, and newly anointed teaboy Alex Wickham would have their adoring readers believe. More prosaically, the Fawkes rabble have garnered a small feature in the latest issue of Private Eye magazine (# 1333, and £1.50 a copy, folks) and a mention in another piece. 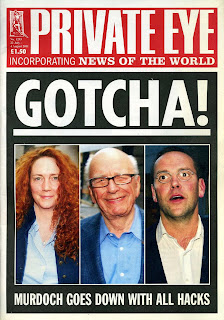 Still, any old straw to clutch at, eh? That’s enough for the Fawkes blog to declare that a state of war now exists between them on the one side, and Master Emmanuel Strobes and his retinue of week-on-week-off compilers on the other. But behind the braggadocio of Staines and Co, the reality is that this reaction merely underscores the new role of the Fawkes blog, as an MSM fetcher and carrier.

So what’s all the fuss about? Well, the item all about The Great Guido is at the bottom right of Page 6, in the Street Of Shame section, where readers are told “Congratulations to Paul Staines, aka Guido Fawkes, who after years of carefully courting the mainstream media has succeeded in moving from blogging to the ‘dead tree press’ with a new berth at the Sunday edition of the Sun”. 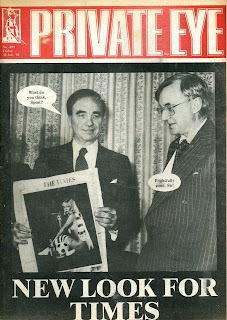 The Eye also asks if Rupe’s troops “might like to ask a few questions about how precisely its newest recruit came by the scurrilous emails of former Labour spin-doctors Damian McBride and Derek Draper back in April 2009. Instead of publishing them on his blog, Staines passed them on to ... News International’s Sunday Times and News of the World”.

The first of those statements is factually correct: Staines has been sucking up to the right-leaning part of the MSM for some time now. And the second is merely a restatement of a question that Master Strobes has put previously. Hardly a declaration of war, is it? And the second piece is all about the ruckus over the @toryeducation Twitter account, and the behaviour of “Oiky” Gove’s SpAds.

The Eye has correctly noted that Staines and his rabble have been caught spinning for former Murdoch hack Gove (which is, no doubt, merely a fortunate coincidence), inventing statements by the Observer’s Toby Helm that he never even considered making, and rubbishing the paper’s coverage of the affair. The account, which you can see at the top of Page 7, is, once again, factually correct.

The article also noted that “Oiky’s” henchmen had reacted to Chris Cook of the FT calling them out for using private email accounts to evade Freedom of Information requests by using @toryeducation to make sexual innuendos and call Cook a “stalker”. Now I wonder where I’ve heard that one before. Actually, no I don’t: it’s a stock in trade of the odious Cole.

Methinks the Fawkes rabble protest too much. Another fine mess, once again.
Posted by Tim Fenton at 18:37

Let's not forget that he also took great pride in telling Levenson that he sold a picture of Hague's advisor in a gay pub to Murdoch.