To commemorate Young Dave’s jolly good visit to India, the Daily Mail’s legendarily foul mouthed editor has delegated Stephen “Miserable Git” Glover to pen something suitably nostalgic about the British Empire, a construct which finally ceased to be more than fifty years ago, to the great relief of tens of millions around the world who would rather it had done so far earlier. 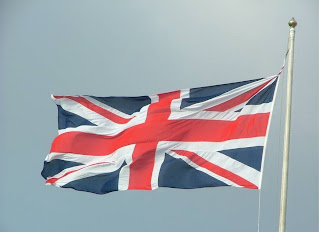 “Rather than this amnesia about Britain's finest achievement, I wish more of us shared the PM's pride in Empire” he declares, all the while making sure that readers know that the British gave India railways, cricket and the English language, and not mentioning that they also gave them bureaucracy. Glover also gets his tin of one-coat gloss out when it comes to the less savoury aspects of Empire.

Cameron journeyed to the city of Amritsar to voice his deep regret for the massacre at the Jallianwala Bagh in 1919, and here Glover skilfully reinvents history for that majority of Mail readers who are ignorant of such matters. He suggests the British army had faced provocation, that most of the soldiers doing the shooting were Gurkhas, and that a total of 379 were killed.

These assertions contain a significant amount of horseshit. General Dyer and his men effectively just turned up and emptied their stock of ammunition into a largely peaceful crowd, and later estimates put the death toll at nearer 1,000. And save us the “most of the soldiers were those brown folk too, y’know” drivel. The Army was, and is, a uniformed service. You do as you are bloody well told.

Glover further fails to mention that violent reprisals against the locals were not otherwise unknown, nor that in the final reckoning, the British (under the then leadership of Lord Mountbatten)  were in such a tearing hurry to leave that the blood-letting of partition – when the sub-continent was partitioned into India and a two-part Pakistan – was infinitely worse as a result.

Also not getting a mention in the Mail is the concept of Empire Free Trade, which meant that Britain was free to take advantage of whatever it could lay its hands on, and Johnny Foreigner did not get a look in. The British Empire was only maintained for as long as it was worth the candle. The idea that there was anything more than pecuniary advantage in the equation is fanciful.

Moreover, Glover misses completely the S-word – as in Slavery – the legacy of which Britain managed largely to bodyswerve. He also misses the forced racial rebalancing of society in Australia and New Zealand, a practice which carried on after the end of Empire into the 1970s. Glover’s is the view of a one bigot in response to the order of a rather bigger one.

But he gets well paid and the readers lap it up, so that’s all right, then.
Posted by Tim Fenton at 16:31

We could also mention the The massacre at the Qissa Khawani Bazaar in 1930, when non-violent followers of Badshah Khan (Muslim pal of Ghandi) approached British guns and pulled their shirts open inviting fire, an invitation the British soldiers were unable to resist. 400 dead. But why trifle? What about the role of the East India Company in the Bengal famine of 1770, which killed 10 million? Wallerstein added all the barbarities of European colonialism together and estimated the death toll overall in the 100s of millions. Any apologist for even a smidgeon of that is, in my mind, an ignorant monster.

Off on a bit of a tangent, I'll admit, but I've always been inclined to argue that the project begun by Thatcher was essentially just applying the Imperial method - i.e stealing resources or appropriating them for a fraction of their value, then selling them off and pocketing the difference - to the homeland.

I am not one for politicians' apologies for things that they have not done. But, ever the Heir to Blair, David Cameron is. Why, then, no apology at Amritsar?

Perhaps he has been informed by that Olympic standard social climber and name-dropper, pseudo-aristocratic Kentucky Fried Chicken heir, and stalwart both of the Henry Jackson Society and of the pro-apartheid Springbok Club, Andrew Roberts.

Roberts's books are much admired by the noted polymath, George W Bush. They contain repeated misspellings of the same place names. They assume that historical figures with the same name were the same person. They repeatedly refer to the Red Army marching eastwards across Europe.

And they not only defend the Amritsar Massacre (as well as the pioneering concentration camps during the Boer War, which I doubt that he mentions to his Vorsterite restorationist associates), but even suggest that Amritsar itself is in the south of India.