Any dispassionate analysis of the goings-on at Chelsea Football Club is by definition a difficult thing: for starters, this requires some kind of handle on the thought processes and current mood of owner Roman Abramovich. Last night that mood was demonstrably not in favour of then manager Roberto di Matteo, and so this morning the latter was the latest to pass through the club’s revolving door. 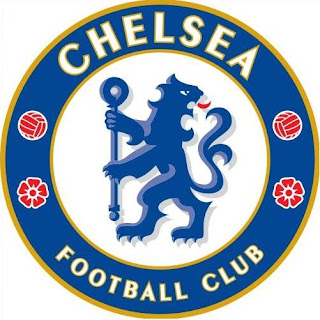 In fact, in the nine and a half years since Abramovich bought the club, Chelsea have gone through eight managers, five of them lasting less than a year, although in the case of Guus Hiddink, he was only a stop-gap after another short-lived choice, Luis Felipe Scolari, was sacked (other short term occupants of the Chelsea hot seat have been Avram Grant and André Villas Boas).

Perhaps it is because there has also been success during the Abramovich years that the use of the revolving door has been accepted by fans and observers. But the owner has also had to stump up significant sums of money for new players – not all of them successful buys – and a total amount of compensation to sacked managers that at present is in excess of £80 million.

But all the sackings cannot deflect from the underlying problems at Chelsea FC. Right now, there is a core of well established players that effectively decide the fate of whoever is in that hot seat, a situation that the likes of Alex Ferguson exerted significant energies to expunge at Man United and wouldn’t tolerate under any circumstances right now. And that core is getting older.

The preferences of that core of players is what did for Scolari, Villas Boas, and yes, ultimately it finished di Matteo. That cannot continue. Right now, it looks as if the club will take on yet another interim manager – maybe Rafael Benítez – until the end of the season, by which time Abramovich hopes to be able to lure former Barcelona boss Pep Guardiola to the club. But will he want to come?

Guardiola called the shots at his old club. He made the decisions, including the time and manner of his departure. Barcelona played as he decided they should play. There was no core of players “wagging the dog”. Perhaps Abramovich realises the situation and hopes his interim choice will move one of the ageing “big names” on, to encourage the others. But I doubt it.

There comes a time when the over-use of that revolving door acts against the club’s interests. Potential managers look at Chelsea and increasingly see the footballing equivalent of Siberia: everyone knows where it is but no-one wants to go there. It is a metaphor that should not be lost on Roman Arkadyevich Abramovich, someone who knows his native Russia better than most.

But whether he stops and thinks before spinning the door again is another matter.

[UPDATE 1730 hours: Rafa Benítez is reported to be returning to the UK two days early, which suggests he is about to become Chelsea's interim manager, with Abramovich still apparently hankering after persuading Guardiola to take over after he completes his year off. So if that all happens, the club's boss will be celebrating ten years of ownership with the appointment of his tenth manager.

However, and in these matters there is inevitably a however, that would depend on Benítez not only lasting until the end of the season, but also being willing to step aside. One old partnership that could work in his favour is that with Fernando Torres, who hasn't reproduced the form he showed when he played at Liverpool during Benítez' tenure.

And the fans appear not to be happy about Benítez taking charge, because of all the needle between him and José Mourinho in the past. Maybe they should be more concerned that the Abramovich revolving door created a vacancy in the first place]
Posted by Tim Fenton at 13:22

You say "Right now, there is a core of well established players that effectively decide the fate of whoever is in that hot seat". Really? Right now? Who? A year ago I'd have guessed you meant Terry Lampard and Drogba but clearly that would make no sense "right now" because Drogba has gone and neither Lampard nor Terry have had much influence over anything recently, including playing time.
Disdain for the fans of a club is not new (new shirts every season as an example for many clubs) but when someone has said just a few years ago that they would never manage a club that they don't like the club or the fans, you can perhaps understand why the fans are concentrating on not wanting that person as manager.