In the wake of the still mounting allegations about the past conduct of Jimmy Savile have come other stories of young people being routinely abused. The North Wales care homes scandal has been re-examined, and now there are murmurings about the late Cyril Smith, famously oversized MP for Rochdale from his 1972 by-election victory until stepping down in 1992. 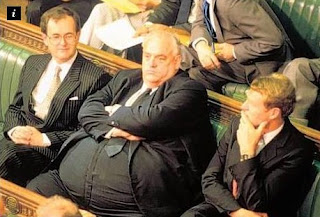 He really was that fat

And now the Police are to re-examine their records from the 1960s and 1970s to try and clear up whether Smith was indeed involved in less than appropriate behaviour in his interactions with young males. But the current coverage does not go into any detail, which is interesting, given that it has been there for more than 33 years, having been detailed in Private Eye back in May 1979.

Moreover, the Eye had merely taken previously published copy from the Rochdale Alternative Press (RAP), and in neither case was any action taken by Smith or anyone acting on his behalf. The allegations centred on Cambridge House Boys’ Hostel, opened by the Rochdale Hostel for Boys Association. Smith was its secretary at the time (all of the cases date from the early 60s, the hostel closed in 1965). 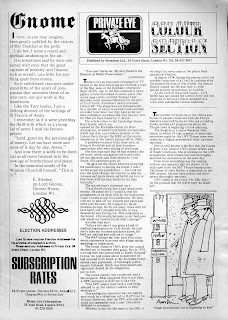 The Eye account is reproduced here, so that Zelo Street readers can peruse it. Three accounts have been quoted: the first man told that “He took me into the Quiet Room. He told me to take my trousers and pants down and he hit me four  or five times with his bare hands on my bare buttocks”.

The second man’s account was rather more eyebrow raising: “He then told me to take off my trousers and pants and bend over his knee. He trapped my hands between his legs. He hit me many times with his bare hand, and I pleaded with him to stop, because he was hurting me. This took place at the hostel. Afterwards, he came to my bedroom and wiped my bare buttocks with a sponge”.

And a third man recalled “After a few days I was given a kind of medical examination by Cyril Smith. He told me to take my trousers and pants down. He held my testicles and told me to cough”. These accounts were not the only ones given under oath to the RAP – there were four others. And, on top of those, there was an account given by a detainee at Risley Remand Centre, which triggered a Police investigation.

After all of that, it is not certain what happened to the file generated by that investigation: the Director of Public Prosecutions (DPP) appears to have developed selective amnesia about it at the time the RAP tried to find out. But, even though the Staggers also reprinted the allegations, no writs flew and no action was as much as threatened. Maybe the new investigation will find out.

But it’s another example, like Savile, where the facts only emerge after they die.

[UPDATE 28 November 0930 hours: it has now been confirmed that the DPP were asked to consider prosecuting Smith on no less than three occasions, but each time no further action was taken, as it was believed there was not a reasonable chance of obtaining a conviction.

However, the Crown Prosecution Service (CPS) has now ruled that "prosecutions that would not have been attempted in the past are now brought successfully". Moreover, "if the same evidence was presented to the CPS today there would have been a very realistic prospect that Smith would have been charged with a number of indecent assaults, and that the case would have been brought to trial".

Greater Manchester Police (GMP) have concluded that Smith did sexually abuse young men in the 1960s]
Posted by Tim Fenton at 10:44

Talking about fatness: did you ever see the blessed Arnold Goodman?

Or Lord Goodmanzee, as the Eye later called him.

Oldies but goodies once more.

Is anyone else a little uncomfortable about how, now these individuals are dead, the police feel free to declare them guilty? Should we just automatically believe the cops?

More than a little uncomfortable, as with the present reputation of all our law agencies never mind the politicians, it is likely that there must be a few (conservative estimate)more of the same roaming our green and pleasant land, this scepter'd, or is it septic, isle.

And the media will only reveal what suits their own agenda.